Anxiety May Give Dogs Gray Hair 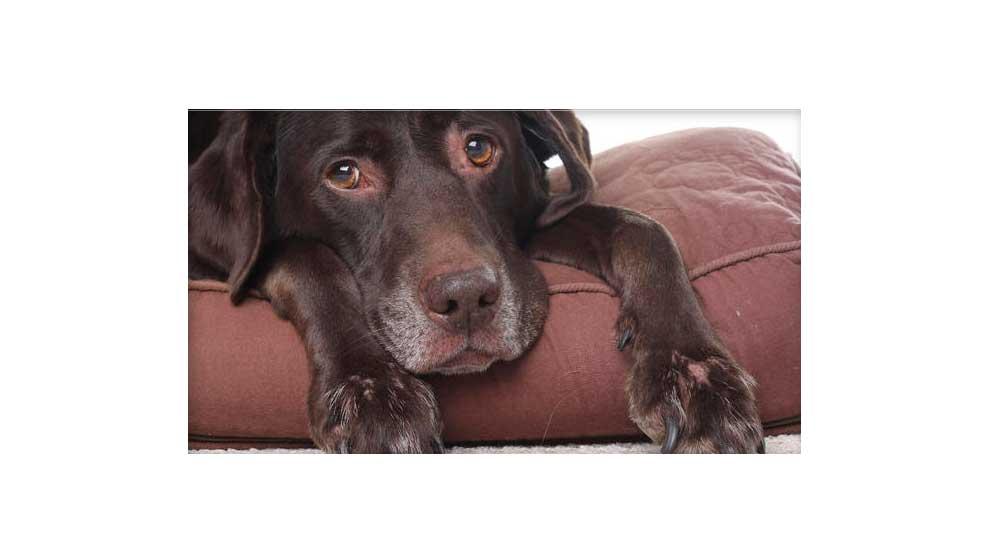 (CBS NEWS) Young dogs can grow gray hair on their muzzles prematurely if they are anxious and impulsive.

Young dogs whose owners rated them as anxious and impulsive were more likely to have prematurely gray muzzles than dogs that were not regarded as anxious or impulsive, the researchers found.

“Based on my years of experience observing and working with dogs, I’ve long had a suspicion that dogs with higher levels of anxiety and impulsiveness also show increased muzzle grayness,” study lead researcher Camille King, who earned her doctorate at Northern Illinois University’s Adult and Higher Education program in 2011 and now has her own animal behavior practice in the Denver area, said in a statement.

The researchers excluded dogs with light-colored fur, as the coloring made it difficult to discern whether the dogs had a gray muzzle. They also excluded dogs that weren’t between 1 and 4 years old, as older dogs could have gray fur simply from aging, the researchers said.

To gauge each dog’s anxiety level, the researchers asked questions about the pet’s behavior, including whether the dog destroyed things when left alone, whether the dog had hair loss during vet exams or when it entered new places, and whether the dog cringed or cowered in response to groups of people.

Female dogs tended to have higher levels of grayness than male dogs did, the researchers found. Moreover, dogs that showed fearfulness toward loud noises and unfamiliar animals and people tended to have increased grayness, they said.

In contrast, grayness had nothing to do with the dog’s size, whether it was fixed (that is, spayed or neutered) and whether the dog had any medical problems.

“At first, I was somewhat skeptical of the hypothesis,” said study co-researcher Thomas Smith, a professor in the College of Education at Northern Illinois University. “However, when we analyzed the data, the results actually were quite striking.”

Other studies have shown that stress can alter hair color. It’s unclear whether American presidents go gray because of high levels of stress or genetics, but stress can alter hair growth in mice, according to a 2006 study in the journal Experimental Dermatology. And stress is associated with accelerated aging in mice, a 2014 study in the journal Current Pharmaceutical Design found.

The dog findings have practical applications, the researchers noted. If people who work with dogs notice young dogs with prematurely gray muzzles, they could alert the owners that the dog might be experiencing anxiety, impulsivity or fear issues. If necessary, the dogs could enroll in behavior-modification programs, the researchers wrote in the study, which was published in the December issue of the journal Applied Animal Behaviour Science.

“This is an original, unique study that has implications for dog welfare,” said study co-researcher Temple Grandin, a professor of animal science at Colorado State University.