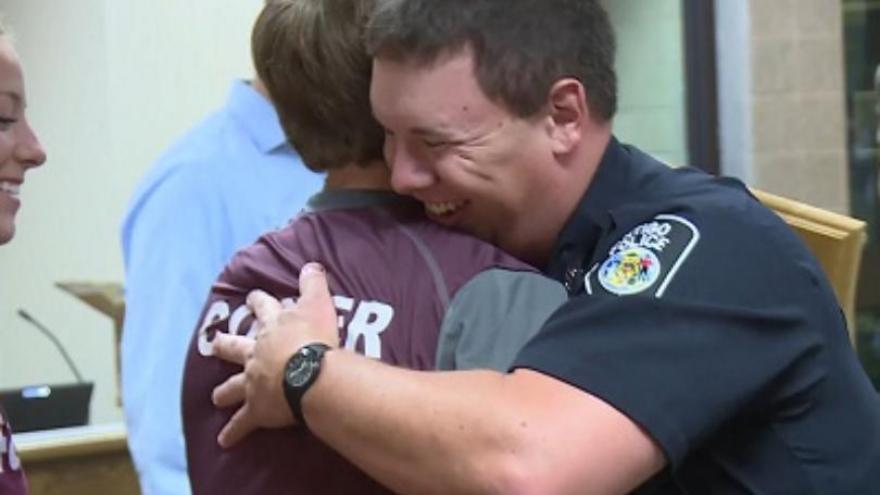 According to a press release from the U.S. Department of Justice, Sessions approved the honor for Hopfensberger for saving many lives during a gunman's assault on students at a prom in April 2016.

Hopfensberger and another officer were patrolling the Antigo High School grounds April 23, 2016 during the high school prom, when 18-year-old Jakob Wagner opened fire on four students leaving the prom.

Two students were shot, neither shot was fatal.

Hopfensberger is credited with saving the lives of those four students and potentially many more lives.

Hopfensberger, along with several other first responders from across the country approved by Attorney General Sessions, will receive their honor at a future ceremony.

The Medal of Valor is the highest national award for public safety officers and is given to recognize an act of extraordinary valor above and beyond the call duty.

-Engineer Stephen Gunn (Peoria Fire-Medical Department, Arizona) for rescuing a man from a burning house without regard for his own safety in April 2016.