Anthony Bosch, the man at the center of the MLB PED scandal, arrested in Miami 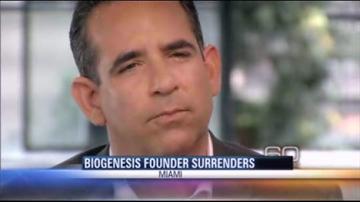 MIAMI -- The U.S Attorney's office in Miami and the Drug Enforcement Agency announced charges at a press conference in Miami Tuesday afternoon.

Bosch faces charges that he illegally provided steroids - to athletes and minors.  A number of Bosch's associates were also arrested.  Bosch previously owned an anti-aging clinic at the center of all this. He's the man who provided information that led to last year's suspension of Ryan Braun.

Now he's in trouble with federal agents.  The DEA along with the U.S. Attorney's office in miami announced the extensive investigation into performance enhancing drug distribution to athletes and minors Tuesday.

The CBS affiliate in Miami reported the defendents will be in federal court for a hearing Tuesday afternoon.

Braun served a 65-game suspension last year for admitting he took PED's.  That came after constant denials from the Brewers star.