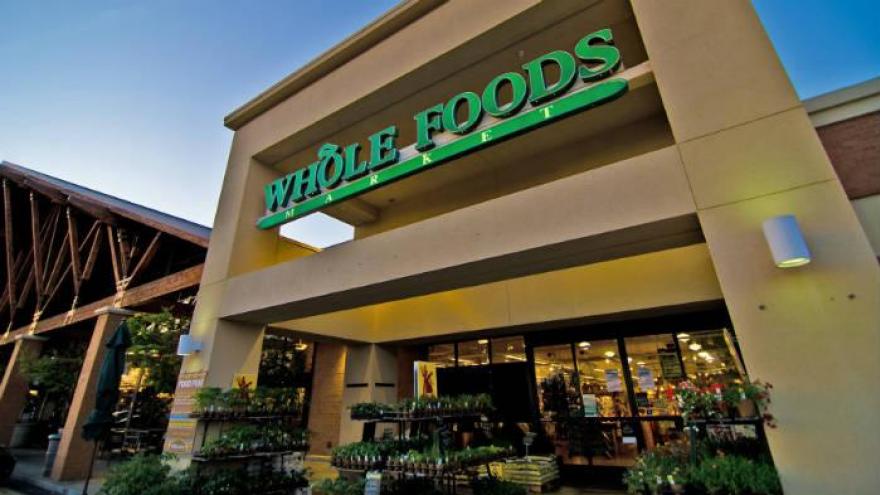 (CNN MONEY) Whole Foods isn't really happy about it, but the supermarket chain has settled a probe with New York City for overcharging customers for some of its prepackaged foods.

Whole Foods will pay $500,000 to "put the issue behind us," it said in a statement Monday. But it added that the city's Department of Consumer Affairs had "misrepresented" the agreement.

The grocer also said it refused to consider the city's initial demand to pay $1.5 million.

Whole Foods execs had admitted to, and apologized for,overcharging customers on some products -- like sliced fruits and sandwiches -- days after New York City went public with its investigation earlier this year.

The city agency looked at 80 different types of prepackaged products and found all of them to be mislabeled. In one example, berries selling for $8.58 were overpriced, on average, by $1.15 a package.

At the time, Whole Foods said the mistakes were unintentional and sometimes resulted in undercharging customers. It stands by that statement, and on Monday it said there was "no evidence of systematic or intentional misconduct."

Julie Menin, New York's consumer affairs commissioner, said her inspectors described it as "the worst case of mislabeling they have seen in their careers." She said they found only a few instances in which customers actually benefited from underpriced food.

Whole Foods also agreed to implement stricter policies to ensure accurate labels and pricing, according to the city agency.

The supermarket chain says it already goes "above and beyond" the city's requirements and guarantees refunds to customers for any items that are inadvertently mispriced.

Last year, Whole Foods (WFM) agreed to pay nearly $800,000 to the cities of Los Angeles, Santa Monica and San Diego after an investigation by the state of California found widespread pricing violations.