Anatomy of an art heist 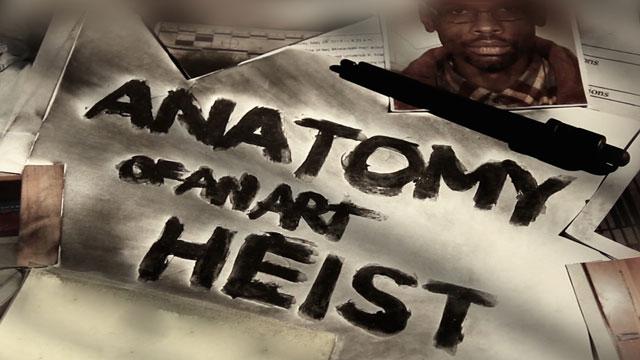 Frank Almond, the man it was stolen from,  played it at Wisconsin Lutheran College which was the scene of the crime.

Members of the FBI and Milwaukee Police Department attended the ceremony.

CBS 58's John Cuoco gave people a look at never before seen pictures and video from the investigation that landed two men in prison and recovered the instrument, worth more than $5 million.

The violin, which was on loan to Almond from an anonymous owner, was taken on January 27, 2014 outside of WLC after a performance.

Almond was tased and the instrument was stolen.

Such a massive case came down to two critical pieces of evidence.

First, was the confetti released by the taser used against Frank Almond. The confetti has corresponding serial numbers to the weapon and manufacturer.

Second, was the violin's case, which was found the morning after the attack carelessly discarded on the city's North side.

However, both MPD and the FBI said, despite the early clues, they were fielding hundreds of other tips from around the world and looking into lead after lead.

Within days investigators started making the connection between two suspects.

The owner of the taser, Universal Knowledge Allah and Salah Salahaydn.

Salahaydn was previously linked to a Milwaukee art theft in the 90's and was later convicted of receiving stolen property after he tried to sell the stolen $25,000 sculpture back to the gallery years after the crime.

Hours were spent interrogating Salahaydn, who repeatedly told investigators lies and pumped up his own ego as an art thief who stole high end stuff.

Nine days after the robbery, Salahaydn broke and took investigators to a Milwaukee home on Smith street.

The violin was found, with its bows, wrapped in a baby blanket inside an old suitcase.

In May 2014, Allah pleaded guilty to felony robbery for his role in providing the taser to Salahaydn.

Last November, Salahaydn was sentenced to seven years in prison after earlier pleading guilty to the theft.

Listen to Frank Almond play the violin for MPD and the FBI: HERE