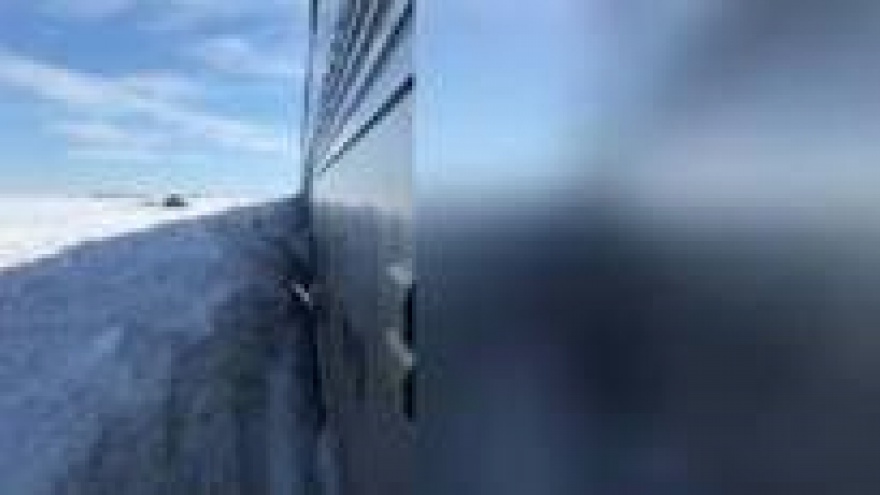 The Grand Forks Herald reports crews failed three times to dislodge the train before finally succeeding at about 6:45 p.m. The train got moving an hour later after crews checked for damage, the newspaper adds.

A passenger told KXJB nearly 50 BNSF Railway workers had to use bulldozers and shovel by hand to dig the train out.

The Herald says BNSF crews had first used snowplows, then skid-steers. Next came two freight train engines to attempt to pull the train free from behind. Two more locomotives also didn’t do the trick.

A passenger told the Herald the train had power and the cafe and lounge were open so food was available, but many passengers spent the time sleeping.

However, KXJB reports power had to be shut off for the last two hours for the workers’ safety.

In a statement, Amtrak said, “We appreciate the offers of assistance from emergency responders in North Dakota, but our customers (111 eastbound and 96 westbound) stayed aboard the train and were kept comfortable by our Amtrak staff.”

The Herald explains that the blockage of the single track “also held up a westbound Amtrak train also called the Empire Builder, with 96 passengers, at Leeds, about 35 miles to the east. That train left Leeds after a delay of about 14 hours and headed west.”