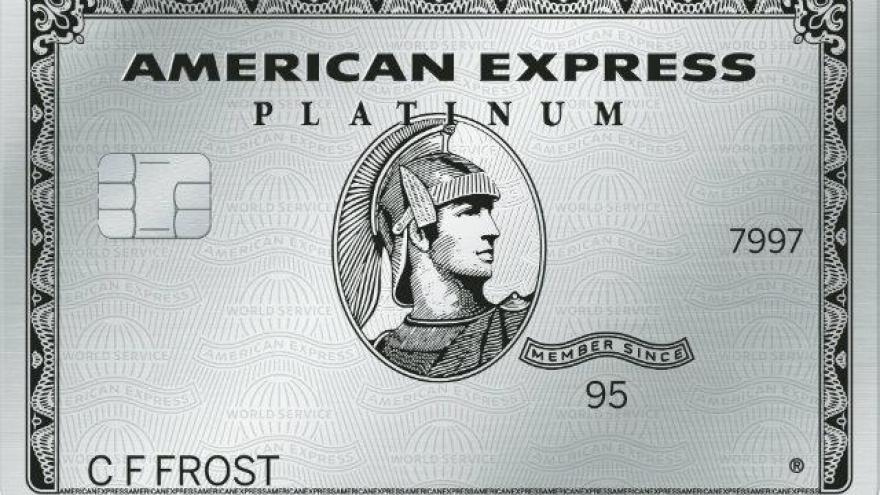 NEW YORK (CNNMoney) -- As credit card companies compete for customers by offering increasingly better rewards and perks, American Express is giving its Platinum card a facelift and a benefits overhaul.

The newly-enhanced card will come with Uber credits, increased travel rewards and more access to special events -- as well as an edgy new look.

But the new benefits don't come cheap. The card carries a $550 annual fee, an increase from $450. The company said the new card will have a sign-up bonus, but did not disclose what it will be.

American Expres teamed up with Uber to offer up to $200 in rides every year ($15 a month, with a $20 bonus in December) when customers make the card their payment method on the app.

The company also enhanced the card's travel rewards: Customers can earn five points for every $1 they spend on certain hotels booked through Amextravel.com using the card.

The card also has a brand new look and feel: it will be made of metal.

Last year, JPMorgan Chase started a craze with its metal Chase Sapphire Reserve card. The hefty cards were so popular, the company reportedly ran out of the metal used to make them.

Whiteside said Amex had previously offered a metal card back in 1999.

The new card launches on March 30, and current Platinum customers can start taking advantage of the added benefits on that date.

Credit card companies have been stepping up their perk offerings recently, which is good news for consumers looking to get the most from their spending.

The Sapphire Reserve card, for example, took the market by storm in 2016 with its $300 annual travel credit, triple points on travel and generous 100,000-point sign-up bonus (which has since been lowered to 50,000).

American Express said it saw record growth in the number of platinum cardholders last year. More than three-quarters of Platinum customers travel each year, according to Whiteside.