BAM (Seated Warrior) was created by artist Sanford Biggers and acquired from Sculpture Milwaukee, where it was on public display throughout the summer of 2018. Now it will take permanent residence at the museum.

Biggers details the violent process of creating this piece and others in the series.

"I've been taking African sculptures from various regions of the continent, taking them to a shooting range and literally sculpting them with different caliber weapons," Biggers said. "It's a very violent act. I, in fact, don't even pull the trigger because of the close connection to the material itself. But once those pieces and fragments are picked up off the ground after being shot, they are then cast in bronze and they become fortified, strengthened, impenetrable. And to me, that is a metaphor for the resilience of Americans and those who are the descendants of that very tragic history of enslavement."

The museum received a $1 million grant from the Greater Milwaukee Foundation on behalf of an anonymous donor. It also received a three-year, $120,000 grant via the foundation's responsive grantmaking program. 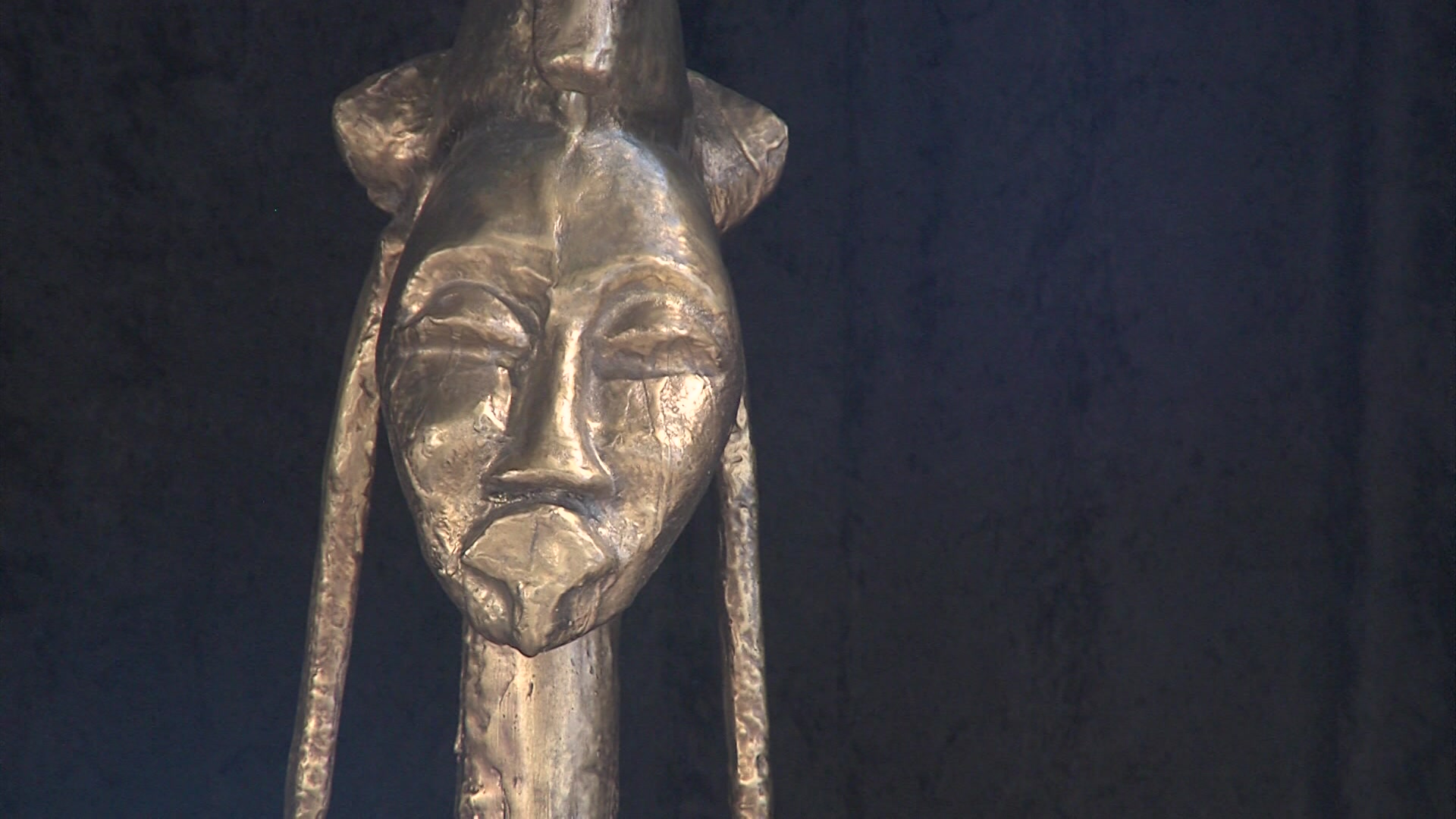