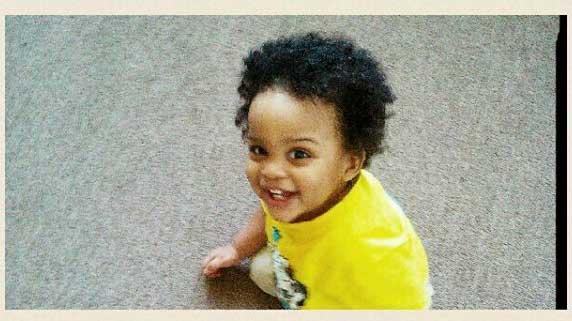 UPDATE: Deangelo Gaines has been recovered safely and the suspect is in custody.

An Amber Alert has been issued for a one and half year old boy from Wauwatosa.

Deangelo Tayvon Alfonzo Gaines is a black male. He is 2-feet and 6-inches and weighs 30 pounds.

He has brown eyes and brown hair.

He has multiple ponytail braids and light skin.

He was last seen at JC Penney in Wauwatosa at 6:15 AM.

Gaines was last seen at 6:15 AM on 12/17/15.  Gaines is in the company of his mother's boyfriend, Bill Brown.  Brown was supposed to watch Gaines today.  However, Brown is operating a stolen vehicle out of Ft. Atkinson and led law enforcement on four separate pursuits last night and today.  Based upon this information, it is believed that Gaines is at great risk of injury if he is, as believed, in the vehicle with Brown.

Brown has a Tattoo on inner right calf "Savior." He has a brown afro and is 5-feet 5-inches.

He stole a Chevy Cobalt that is black with tinted windows.

Person(s) who locate the abductor should take NO action other than to immediately call law enforcement authorities and provide them with the location.

Anyone having any information should contact: Wauwatosa Police Department (414)-471-8430