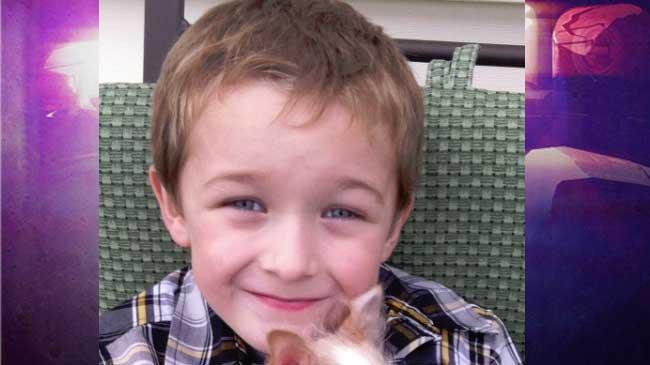 Johnston's mother, Connie Smiley, is in the custody of authorities in Wood County, where she and the boy were found.

The courts told Smiley to give temporary custody of Donovin to a relative in Green Bay. The child was put to bed at that home around 11 p.m. Tuesday, and relatives noticed he was missing around 8 a.m. Wednesday. After several hours of searching, the word came that the boy was found safe.

We traveled to Watertown, which is where police initially thought she was heading toward. A man, who believes he rented homes to Connie and her mother up until this summer, heard the Amber Alert information on the radio. When Connie Smiley's name was mentioned, it made Don Koehler start thinking.

Koehler saw the picture of Smiley, and said it looks like her. Police say she'd been living in her car.

"The car doesn't surprise me, because I think there was a lot of stuff behind that I didn't know," Koehler said. "She (Connie) would be one and, again, I don't know all the history, but I liked her enough I'd have tried to help her, you know, with some rent or something."

The CBS affiliate in Green Bay says there will be a custody hearing, Thursday, to see where Donovin will be placed permanently.

Donovin Johnston, was recovered safe and the suspect is in custody.

An Amber Alert has been issued for a 9-year-old boy from Green Bay.

Donovin Johnston is 4-feet and 9-inches and weighs 90-pounds.

He has blue eyes and brown colored hair.

He was last seen at 11 PM on December 15 with his mother, Connie Smiley.

She is suspected of taking her child during the night, between 11 PM and 8 AM against court order.

She is suspected to be mentally ill and previously spoke of harming the child. She is living out of her car, which is a 2003 blue Kia Rio 4 door sedan.  The plate is 228-WYF.

Her hair is black and has brown eyes.

The vehicle was directed towards Watertown.

It is unknown what he was wearing.

Anyone with information should contact Green Bay Police Department (920)-448-3236.