Amazon is Investing in Airplanes 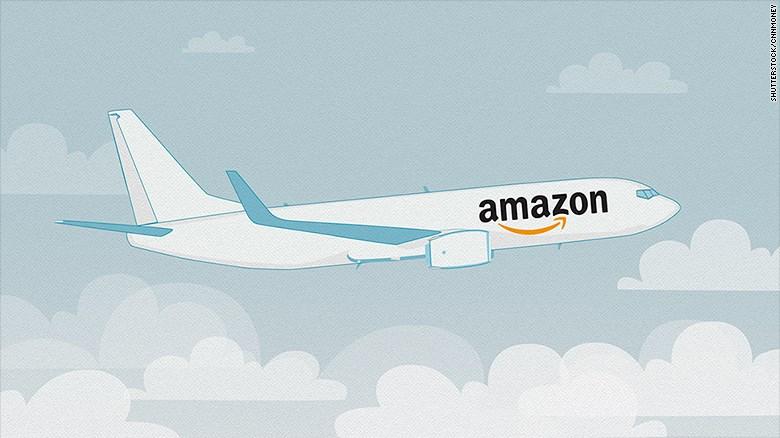 (CNN MONEY) Forget drones. Jeff Bezos continues to invest in a 20th century flying innovation that helps deliver all of its packages -- airplanes.

Atlas will lease 20 Boeing B767-300 jets to Amazon. And Amazon (AMZN, Tech30) will also receive warrants in Atlas that could potentially give Amazon a nearly 30% stake in the company.

Shares of Atlas (AAWW) soared more than 25% on the news.

This is the second deal Amazon has struck with a cargo company this year.

Amazon subsequently exercised some of those warrants and now holds a 9.99% stake in the airline.

Unsurprisingly. Air Transport's stock has been on fire this year as well. It has surged nearly 40%.

Dave Clark, Amazon's senior vice president of worldwide operations, said in a release that the investment will help Amazon get more packages to its "rapidly growing number of Prime members who love ultra-fast delivery."

Clark made similar comments after the Air Transport deal was announced in March.

Speed is key for Amazon, which is facing increased competition in the online shopping arena.Walmart (WMT) and Target (TGT) are both ramping up their e-commerce efforts for example.

But by investing in its own cargo fleet, it looks like Amazon may now have a leg -- or in this case wheels -- up on the competition.