Amazon Cuts Price for Prime to $73 this Weekend 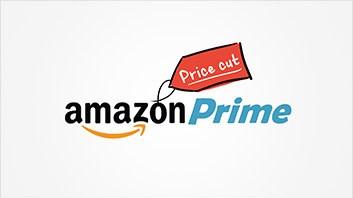 (CNN MONEY) Amazon will cut the price of its Amazon Prime membership from $99 to $73 for a little over a day this weekend.

The company says it's feeling good about winning two Golden Globes for "Mozart in the Jungle," one of its original shows, and wants to celebrate.

The discount begins Friday at 9:00 p.m. PT and ends at 11:59 p.m. local time on Sunday. Only new customers can take advantage of the deal.

The sale price may seem odd, but it's meant to celebrate the 73rd Annual Golden Globe Awards this past Sunday. The company held a similar promotion last year for $67 after it won five Emmys at the 67th Annual Emmy Awards.

In addition to the lower price for Prime this weekend, Amazon says it will also make the first two seasons of "Mozart in the Jungle" free for anyone to watch, even if they don't have a Prime membership.

The company hopes that if new audiences love the show and see that Prime membership is also on sale, they'll become new members.

Amazon Prime has been a key factor in the company's online retail strategy. Shoppers receive benefits that include free two-day shipping, flash deals, and early access to sales. As a result, members tend to spend a lot more on Amazon than non-members do.

Over the past few years, Amazon (AMZN, Tech30) has added more digital media benefits to Prime as well. They include unlimited streaming of movies, TV shows and music, and picture storage.

Working with studios on distribution rights and licensing is costly and cumbersome, so the company started producing its own shows. "Mozart in the Jungle" and "Transparent" are two of the most well-known and critically acclaimed.

"Mozart in the Jungle" won the best TV comedy award, and actor Gael Garcia Bernal won for best actor in a TV comedy. "Transparent," which is about a transgender parent, won in the same two categories last year.