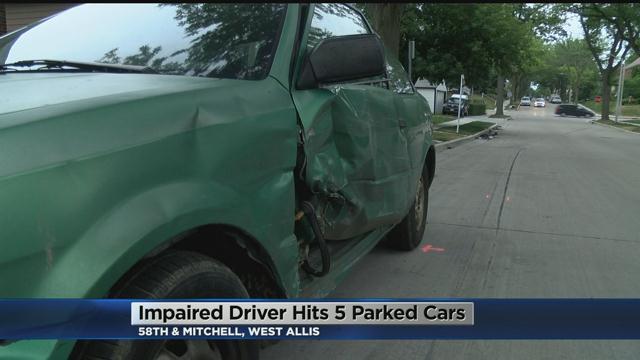 An alleged drunk driver is facing charges this morning after police say he crashed into multiple parked cars, then hid in a strangers home until police made the arrest.

In all, five cars were hit near the corner of 58th and Mitchell in West Allis.

Police say the man ran inside a house as a father and baby were coming out.

We spoke to the father off camera who says the driver wouldn't let them out of the house, and accidentally tripped and knocked his baby out of a carrier while trying to escape.

The driver is expected to face charges in court later this morning.