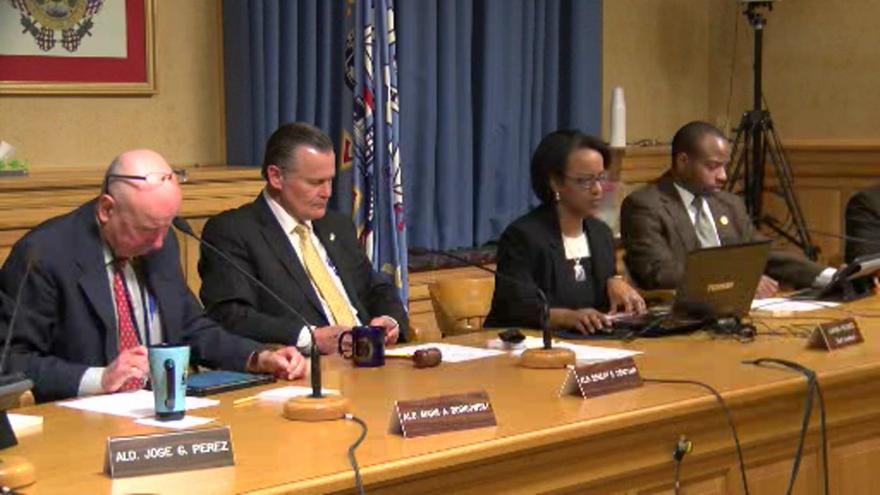 Last month, a Milwaukee Police officer shot and killed his wife in a domestic dispute. He then turned the gun on himself. Today, the Public Safety Committee addressed the police department's policy on domestic violence.

Alderwoman Chantia Lewis and Alderman Jose Perez are cosponsors on this motion. They spoke with MPD today on what changes should be made to the current policy. They say officers don't face hard consequences which they believe affects their relationships when responding to domestic violence calls on the job.

"The aggression that it takes to be involved in a domestic violence situation, is a similar aggression that we get complaints about. Maybe if we would have reported what happened in that case, that same officer wouldn't be on the street with that same aggression issue, so that whatever helped they needed, they would've gotten," said Alderwoman Coggs.