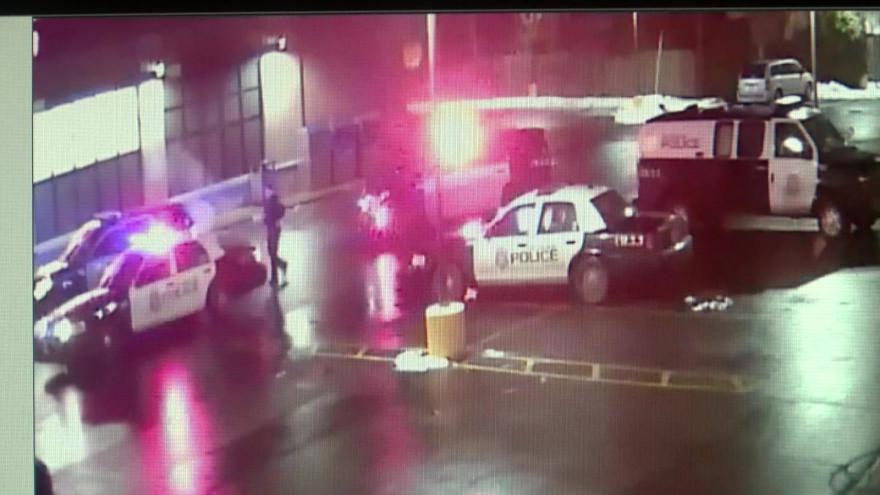 Sterling Brown was arrested and tased after a struggle with police early Friday morning in the Walgreen's parking lot at 26th and National Avenue. The store is located in Bob Donovan's district. Donovan released a statement Tuesday citing sources saying that the mayor asked to review bodycam footage and then ordered that Sterling Brown not be charged.

Police announced Monday that Sterling Brown would not be charged.

Donovan says if it's true that the mayor made that order, "it is direct political interference in police work and is incredibly disturbing."

"At approximately 2 a.m. last Friday (January 26) police arrested Milwaukee Bucks player Sterling Brown after a struggle outside the Walgreens near S. 27th (Layton Blvd.) and W. National Ave. Milwaukee Police were ticketing Mr. Brown’s vehicle, which was reportedly parked across two handicap parking spots in the store’s lot, when Mr. Brown became combative and had to be tased by officers.

Because the incident occurred in my aldermanic district, I feel obligated to comment about what occurred.

The store is located in an area that has been challenged by a variety of criminal activity for years. That Walgreens location has been the victim of numerous armed robberies over the course of many, many years. As a result I have repeatedly asked the MPD to be more proactive and to increase their presence at the store and in the area surrounding it.

I’m appreciative of the response by the officers to this suspicious situation last Friday, as the vehicle could have possibly be seen as a getaway vehicle parked for a swift exit. At best, Mr. Brown could have just received a ticket from the officers and everyone goes on their merry way.

It is unfortunate that things escalated, somehow, and that Mr. Brown was tased in the course of being arrested. That said, I fully expect our officers to enforce the law – all laws – equally and without prejudice.

Now this is where things get strange.

Sources tell me that Mayor Barrett – as early as Friday morning – asked to review the body camera footage of the incident, and then ordered that Mr. Brown not be charged. If this is true, it is direct political interference in police work and is incredibly disturbing!

This interference -- coming from a mayor who publicly claims he never sticks his nose into police matters -- is laughable. It also begs the question: How many other times has this mayor interfered with police investigations, active cases or similar scenarios?

The sheer hypocrisy concerns me and should concern every citizen in Milwaukee.

Be careful Tom, this hypocrisy just might tarnish your good guy image."

The Mayor's Office sent its own statement Tuesday saying that the Mayor never saw the video and that "he did not put any pressure on the police in this case, or any case, in the time he has been mayor."

See the full statement from the Mayor's Office below:

“Alderman Donovan’s claims are absolutely false. Mayor Barrett was informed of the arrest on Friday morning and was later briefed by the police department. He has never seen the video. He absolutely did not put any pressure on the police in this case, or any case in the time he has been mayor. Alderman Donovan deserves a technical foul.”