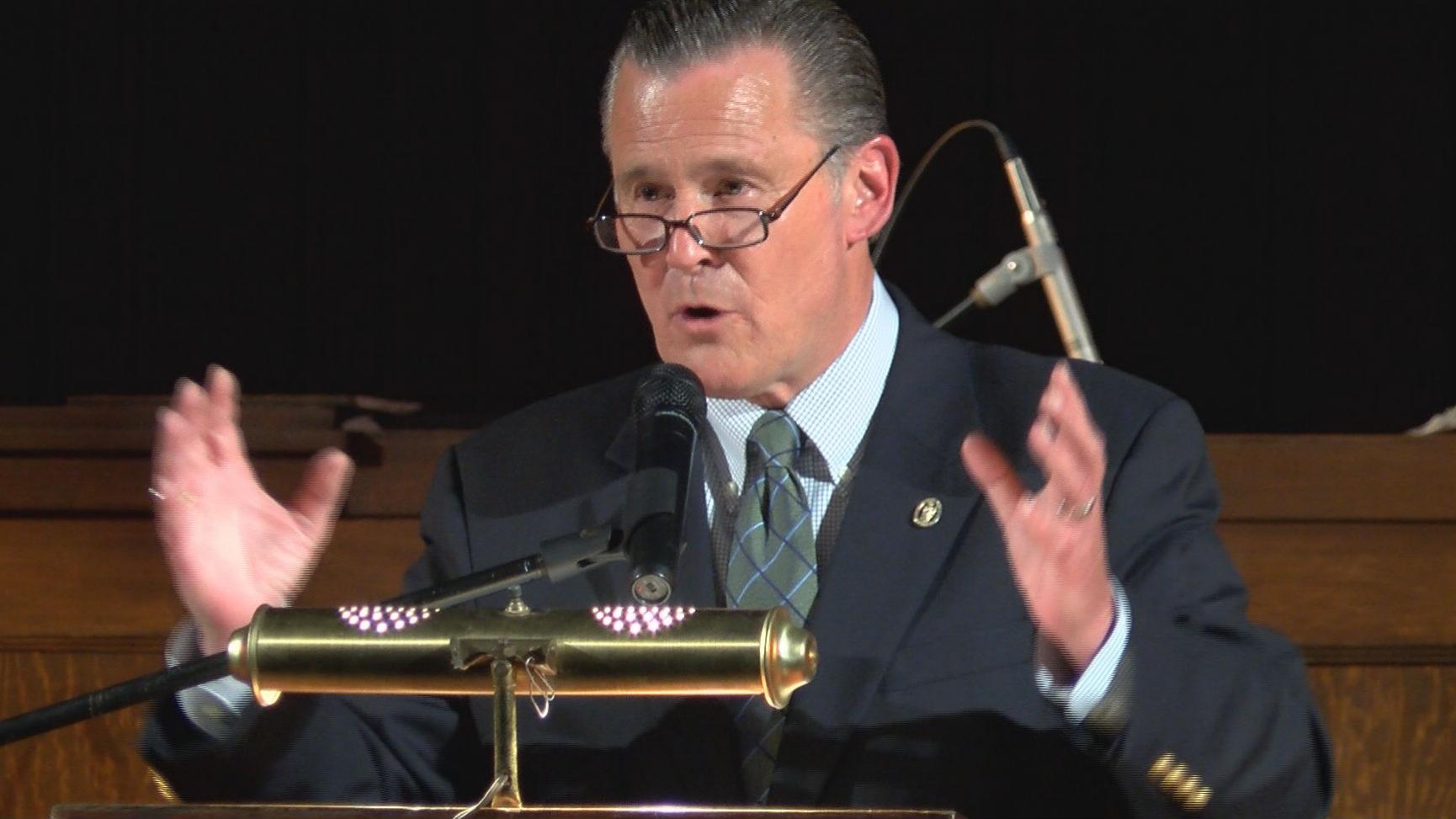 \"Tom Barrett you have stayed too long. For the love of God, go,\" declared Donovan before a crow of supporters at the Irish Cultural and Heritage Center.

Over the last 15 years serving as an Alderman he said he has tried to tell it like it is and use basic common sense when it comes to what is best for Milwaukee.

He unveiled a ten point public safety plan if elected that includes hiring 300 to 400 new officers.

It begs the obvious question of where will the money come to pay for those officers.

CBS 58 News received the following statement when we inquired about funding.

\"I understand those that would ask from where the funding for additional officers would come from--we're speaking of $15-$20 million annually to achieve my plan to hire 300 to 400 new cops.

I would point out the City easily found more than $60 million for a 2-mile streetcar starter line. I believe far more Milwaukeeans would favor hiring more police officers over a streetcar and likely attempts soon to expand it.

That being said, the question truly is: Do Milwaukeeans on a whole believe we need to improve our public safety? I believe they do, what with our city facing skyrocketing rates of auto theft, gun crimes and homicide.

We'll need to sit down and make the choices in our budget that need to be made based on what ALL Milwaukeeans want from their local government. That, and I believe there's potentially a good amount of support we could receive from the state.

I will announce plans on additional issues throughout the summer and fall, and as we move forward I will have more specifics on funding for this particular plan.

Again, bottom line, to my fellow Milwaukeeans: Do we or don't we need improved public safety and to hire more police officers--which have been reduced in number under the Barrett administration. If the answer is we need to follow through with my plan then we need to make the choices that will see that it is accomplished.\"