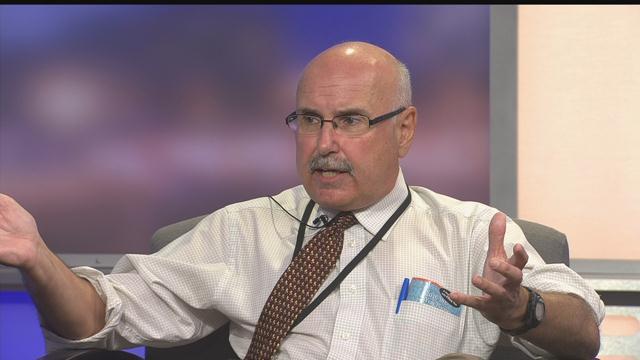 Milwaukee Alderman Mark Borkowski joined us live on the CBS 58 News at 4 to talk about the Common Council's Public Safety Action Plan.

Soon after it was released to the public it came under scrutiny, as protestors interrupted a Council meeting to make their displeasure with the plan known. On Monday, County Executive Chris Abele also called some of the recommendations in the plan "asinine."  Ald. Borkowski says people trashing the plan so soon need to be patient and let this plan evolve. "All of a sudden, it's like someone has climbed the mountain with tablets and said 'this is it'... What we're trying to say, is this is a starting point," he said.

One part of the plan that has gotten significant push back is restoring the number of MPD officers to 2008 levels. Some city leaders are calling that idea unrealistic because of cost. Borkowski says the shortage of police officers is only going to get worse, and the time to act is now. "We have 350 officers that are eligible to retire at the end of 2017. Right now, we're like the hamster on the wheel, we're going nowhere fast. We not talking about addition, we're talking about staying even."

The 11th District Alderman also floated the idea of orphanages or boot-camp style boarding schools for at-risk youth in Milwaukee. "Status quo is not going to work. We need to do something bold and drastic," Borkowski said.

To read the entire plan for yourself, go here.