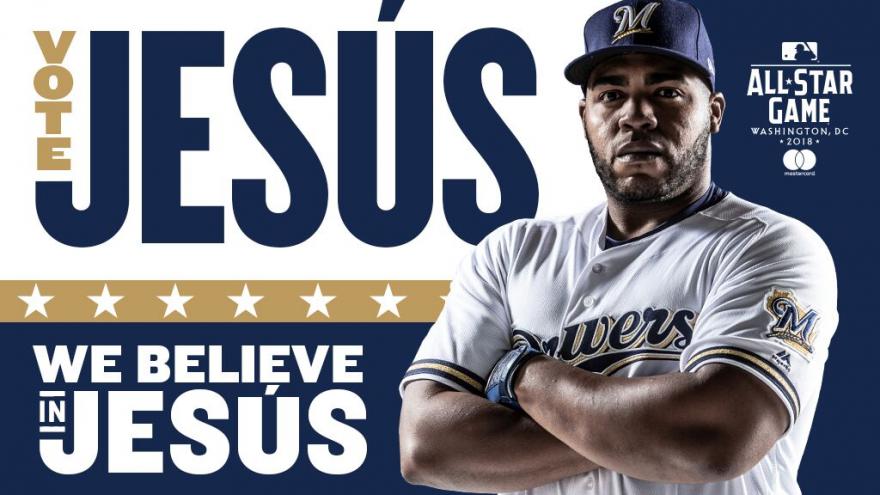 MILWAUKEE (CBS 58) – As of about 12:00 p.m. on July 10, the Brewers announced Jesús Aguilar is leading the National League in voting for the Camping World All-Star Final Vote.

Fans can help send Aguilar to his first career All-Star Game by voting online at Brewers.com/Vote.

There is NO LIMIT on the number of times that fans can vote before polling ends on July 11 at 3 p.m. CT.