Aguilar back into cleanup spot for Brewers, Rockies go with Gonzalez 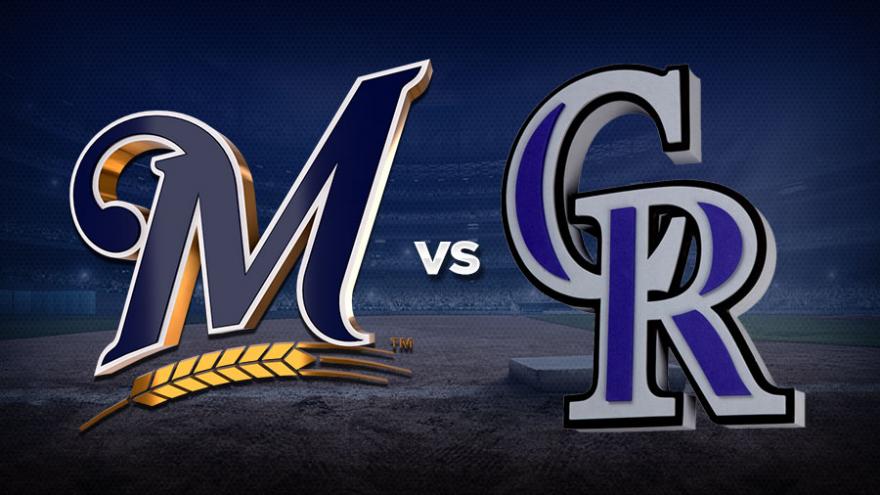 MILWAUKEE (CBS 58/ AP) -- Both the Colorado Rockies and Milwaukee Brewers have changed up the lineup for the NLDS Game 2. A day after Shaw moved into the cleanup spot, he has moved back down to seventh for the Brewers with Aguilar returning to the 4th spot.

Peréz is in the lineup for Friday's game playing shortstop and batting sixth. Kratz gets the spot at catcher batting eigth.

Right fielder Carlos Gonzalez will hit cleanup when the Colorado Rockies try to break out of their slump in Game 2 of the NL Division Series against the Milwaukee Brewers.

The left-handed slugger moved up after hitting sixth in the order in a 3-2 loss in 10 innings in Game 1 on Thursday at Miller Park.

Manager Bud Black also inserted Gerardo Parra into the lineup, hitting sixth and playing in left. David Dahl started Game 1 in left but will come off the bench.

The Rockies have just six runs in three games since a 12-0 win over Washington on Sunday.