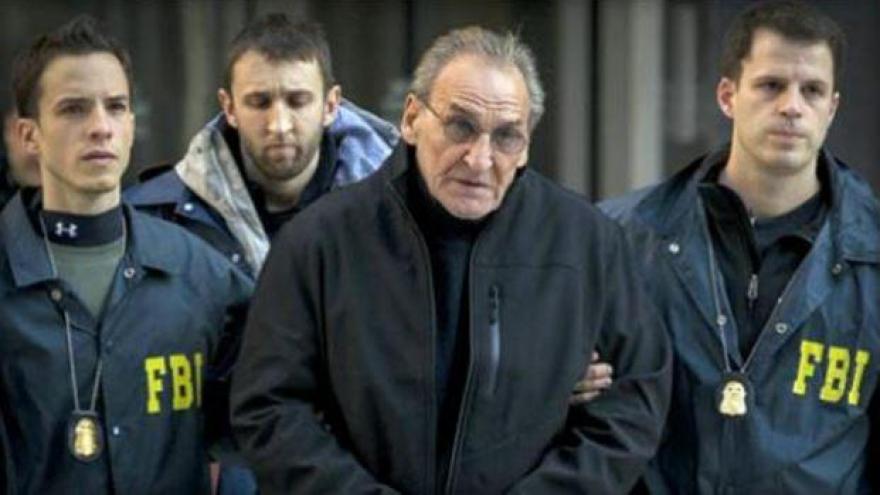 (CBS) NEW YORK - An aging mobster who made headlines two years ago by beating charges in a legendary heist retold in the hit film “Goodfellas” was rearrested on Wednesday for a far less noteworthy crime - the alleged torching of a car that cut him off in traffic.

Vincent Asaro, a third generation member of the secretive Bonanno crime family, was to be arraigned later Wednesday on arson charges. Also charged in the arson and in an unrelated bank robbery was John J. Gotti, the namesake grandson of the notorious Gambino crime family boss John “Dapper Don” Gotti.

The defendants “are charged with committing an assortment of violent crimes - arson to exact punishment for a perceived slight and robberies to unjustly enrich themselves,” acting U.S. Attorney Bridget Rohde said in a statement announcing the arrests.

Asaro’s attorney didn’t immediately respond to a request for comment. Attempts to reach the attorney for the 23-year-old Gotti were unsuccessful.

In a surprise verdict in 2015, a Brooklyn jury found the 82-year-old Asaro not guilty of charges he orchestrated the Lufthansa robbery with James “Jimmy the Gent” Burke, the late Lucchese crime family associate that inspired Robert De Niro’s role in the film. At the time, the heist was called one of the largest cash thefts in American history, with gunmen looting about $5 million in untraceable U.S. currency that was being returned to the United States from Germany, along with about $1 million in jewelry, from the airline’s cargo terminal.

Asaro later survived a bloodbath portrayed in “Goodfellas,” with De Niro’s character going ballistic over fellow mobsters’ purchases of flashy cars and furs and, fearing they would attract law enforcement attention, having them whacked. Prosecutors - relying on the testimony of turncoat mobsters who came forward decades later - claimed Asaro collected at least $500,000 from the score but had a gambling problem and squandered it away at the racetrack

Three years before his arrest in the Lufthansa case, Asaro was driving in the Howard Beach section of Queens when another motorist cut him off at a traffic light, prosecutors in the new case said. An enraged Asaro provided the home address of the driver to a Bonanno associate, who recruited Gotti and another man to douse the man’s car with gasoline and torch it, the prosecutors said.

The alleged arsonists fled in a Jaguar sedan driven by Gotti that briefly led a police car on a high-speed chase before officers “terminated the pursuit for safety reasons due to Gotti’s reckless driving,” prosecutors said.

Earlier this month, Gotti was sentenced to eight years in state prison after pleading guilty to selling oxycodone pills.  His grandfather died in prison in 2002.

If convicted on the federal charges, Asaro and Gotti face terms of up to 20 years.