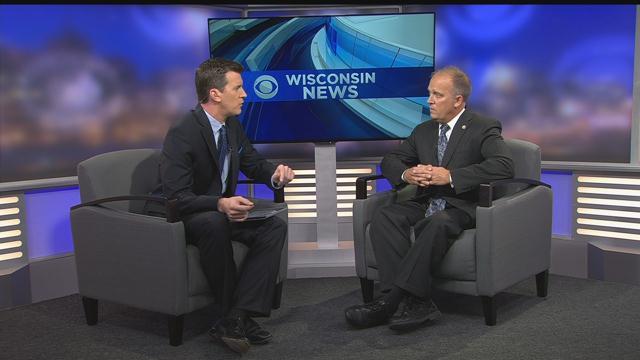 That was Wisconsin Attorney General Brad Schimel on July 20th, reacting to rampant gun violence in Milwaukee, some of which claimed the lives of innocent children. Months later, it looks like the AG has the pieces in place to truly begin the fight.

"We just had to wait for the check to be issued and the Legislature did that yesterday," Schimel said.

Joining us live on the CBS58 News at 4, Schimel said two new prosecutors, a key part of the initiative to combat gun violence, will start later this month. "I made offers last night to two new assistant attorneys general that will be starting on the 16th," he said.

Also part of the new task force announced in July: $50K for MPD overtime, probation and parole agents assigned to police districts, and a gun court specifically for these kinds of cases. "And we'll have the team that the chief (MKE Chief Ed Flynn) has put together of investigators. A team that will have a total of six prosecutors that will be working full-time on these cases," Schimel said.

During the interview, the AG also talked about "Dose of Reality," a campaign aimed at educating about and prevention of prescription drug abuse. Schimel also explained why he joined other states in a lawsuit against the Environmental Protection Agency over power plant emissions.