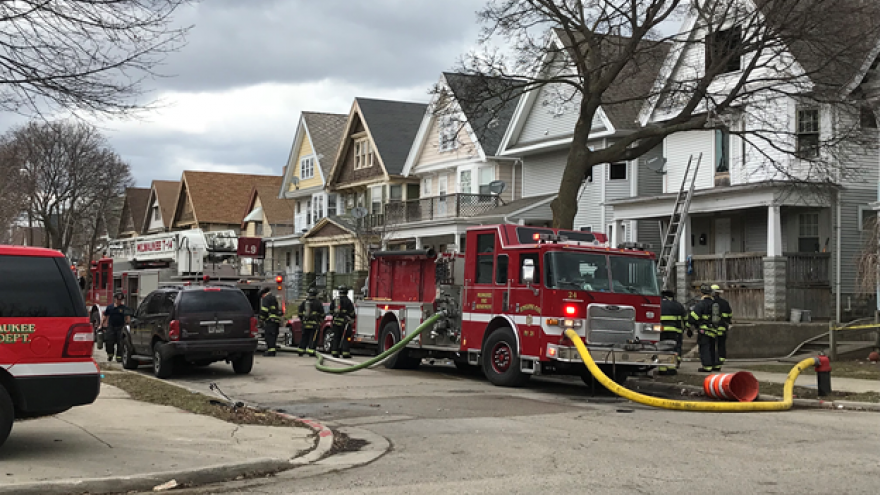 MILWAUKEE, WI (CBS 58) -- A 2 alarm fire damaged neighboring duplexes on Milwaukee’s north side this afternoon.  Around 12:25 PM, the Milwaukee Fire Department responded to the blaze at N 39th Street and W Meinecke Avenue.  According to authorities, the fire started on the second floor of the south building and then extended to the neighboring building to the north.   Firefighters were able to get the fire under control in about 20 minutes.   No injuries were reporteD, but the Red Cross was called to assist the residents displaced by the fire.   There is no estimate of the amount of damage to the two duplexes and the cause of the fire is under investigation.