After school programs lose funding for next year 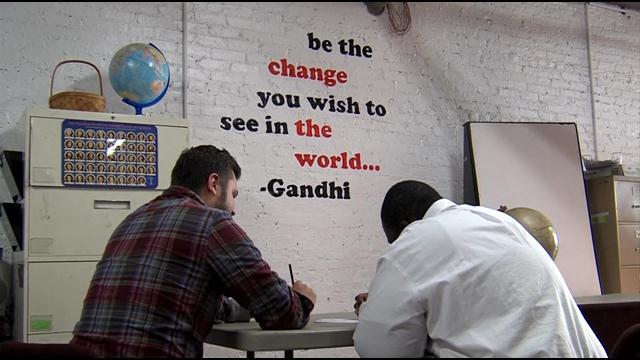 Hope, education, and a safe place to learn, these are the things 16-year-old Dealonte Ragsdale and other youth like him get from Running Rebels after school program.

Ragsdale says, \"Ever since I join rebels I've been getting good grades of been on honor roll it helps me stay focused on school\"

But Running Rebels Director says next year students like Ragsdale and the approximately 650 others who attend will have to find another place to go. Safe and Sound, a funding distribution group, cut funds for several at risk, and low income, after school programs.

Dawn Barnett says, \"What's going to happen. Our goal is to be an alternative so that young people are not out on the streets not out engaging in getting activity or being involved in criminal activity.\"

Donta Holmes is a parent with three kids in the program.

Holmes says, \"They're able to get that extra help for school with tutoring it's very important very important for them to have that place when I can come and learn.\"

The Running Rebels is not alone several other programs across the community are also losing funding like, Neu-Life Community Development, that serves around 250 at risk youth. Odell Chalmers says we can fund education now or prisons later.

Ragsdale says if the after school program goes unfunded, it will leave a void.

\"For kids who don't have this program it's easy for them to get caught up in the street ways.\"

Safe and Sound issued this comment-- \"Safe & Sound is honored to partner with 18 agencies this year through our Safe Places program, which funds high quality after school programs like Running Rebels. After a thorough strategic planning process and consideration of changes in our funding streams, we made the difficult decision to shift out of our role as a funder in 2015 and launch a new youth development strategy, aimed at improving relationships between youth, police and neighborhood residents. We hope to continue working with our Safe Place partners in the future as we implement new youth engagement strategies to build safe and empowered neighborhoods in Milwaukee.\"