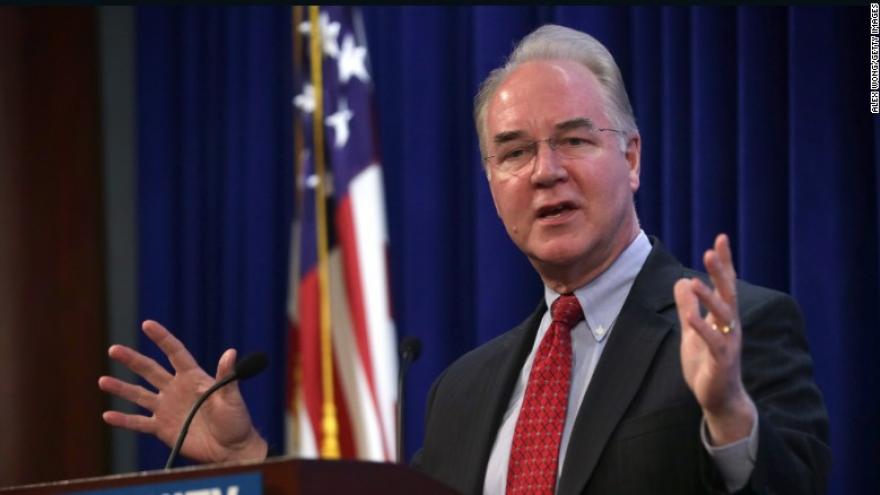 (CBS News) -- Health and Human Services (HHS) Secretary Tom Price is out, amid intense scrutiny for his use of private charter planes.

President Trump indicated he might fire Price Friday afternoon, when he told reporters he would make a decision "tonight" about the secretary's fate, and said he was "not happy" with the "optics" of the situation. Mr. Trump at the time called Price a "very fine person."

Mr. Trump brought Price, an orthopedic surgeon, on board to implement the repeal and replacement of the Affordable Care Act or Obamacare. But the Senate was unable to muster the votes for any such legislation, much to Mr. Trump's disappointment. At a Boy Scouts Jamboree rally in July, Mr. Trump pressured Price to persuade Republicans on Capitol Hill to vote to repeal and replace Obamacare. Mr. Trump said if Price didn't "get" the votes needed to kill "this horrible thing known as Obamacare ... I'll say Tom, you're fired."

Price preached fiscal conservatism during his time in Congress, criticizing then-Speaker of the House Nancy Pelosi for her use of a private jet.

Price's net worth is estimated at $13.6 million.

Price isn't the only secretary under fire for his travel expenses. The Treasury Department's inspector general is looking into Treasury Secretary Steve Mnuchin's travel after he reportedly used a government plane to view the eclipse. Environmental Protection Agency head Scott Pruitt is also under scrutiny for spending more than $58,000 on taxpayer-funded non-commercial flights, CBS News has reported.