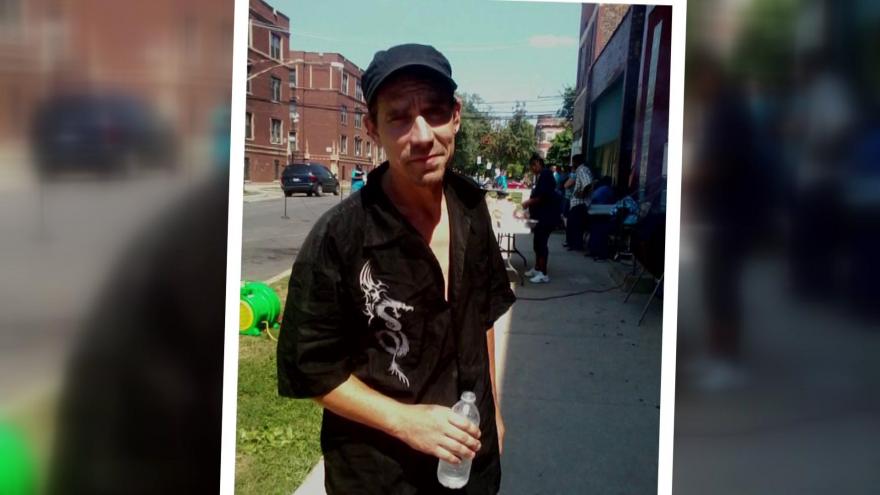 Last week Racine police made an arrest in a 2016 homicide. The victim in that case was a delivery driver who was shot and killed on the job.

The driver's widow says her husband is not the only one who suffered, telling CBS 58's Jacob Kittilstad that her family has been torn apart in the fallout.

37-year-old James \"Jimmy\" Norris was shot and killed March 25 last year on the 3900 block of Green Street on the city's North side.

A group of people relied on him including four children and his wife who is legally blind. Without him there the family structure fell apart.

\"I tried to hold it together myself but unfortunately my kids are special needs. Samantha isn't. The 2-year-old Enzio isn't. But Alexander who's eight has autism. And Christopher, who is seven, has cerebral palsy and seizures and is wheelchair bound,\" Stacy Blevins, Norris's Widow, said.

She quickly got depressed. She said without Jimmy she could not take care of herself or her kids financially, medically, or emotionally.

Blevins said Racine County Child protective services removed her kids from her home. She visits them weekly through the foster care system.

Right now Stacy is working to get custody of three of her children to her mother who lives in Illinois. She said there have been challenges because that request has already been denied and she says she cannot afford an attorney to fight the decision.

Then, last week, Racine police arrested 28-year-old Alex Adam for her husbands death. He has been charged with felony first-degree intentional homicide and armed robbery in connection to the incident.

Blevins is now planning to go to every court date she can.

\"It just feels that there's a big hole that you can't fill. You know, I'm so angry with this person. They don't realize that what you took and how much you destroyed,\" Blevins said.