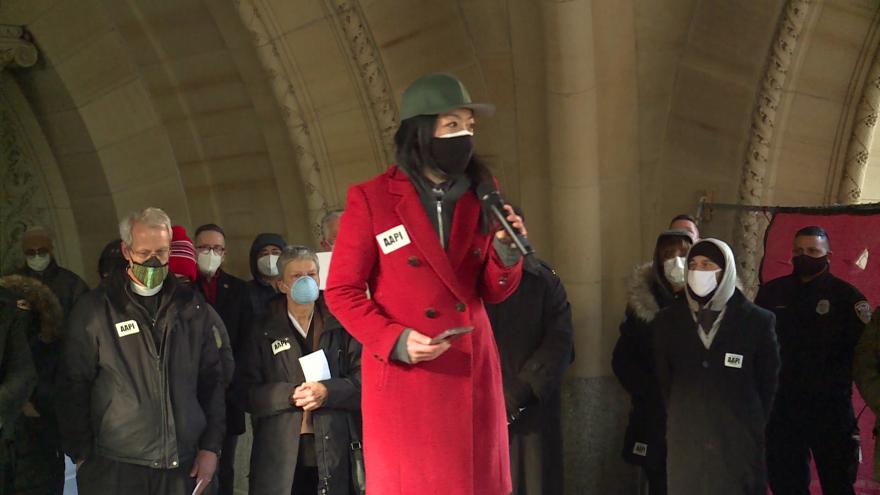 Advocates gathered at City Hall to voice their anger and sadness, calling for an end to the violence.

The event was hosted by the Asian American Pacific Islander Coalition of Wisconsin.

Speakers shared their own encounters of racism in southeast Wisconsin and their hopes for a better future.

Sheriff Earnell Lucas also made an appearance, saying racism will not be tolerated in Milwaukee County.