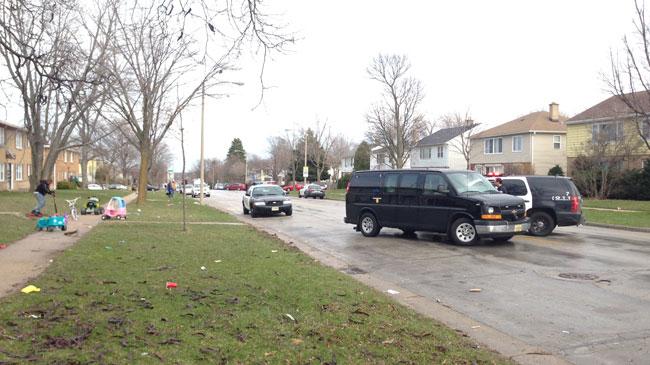 Police are searching for a suspect after a 18-year-old woman was killed in a domestic dispute.

Police say they're seeking a 19-year-old milwaukee man known to the woman.

Joanette Roberts and her family haven't lived in the neighborhood long.

"About a year, a little over a year," said Roberts.

But when the 18-year-old was killed while her daughter was just one floor up, they feel the violence is enough to move.

"Moving. We are moving," said Roberts.

Roberts says it's hard to wrap her head about what happened.

"It's sad because I have grandchildren that age. I pray for them to get through this," said Roberts.

She didn't see much of the 18 year old that stayed downstairs, but recalls now after the fact hearing yelling through the floors.

"She's not just what happened to her that she had many things about her as a human being ... I imagine that made the world a different place, and it's sad to lose her," said Carmen Pitre, Executive Director at the Sojourner Family Peace Center.

Pitre says they want to do whatever they can to prevent another domestic homicide.

"If the person acts one way and they used to act another... that may be a sign. We know victims are incredibly isolated," said Pitre.

She says isolation may be just as much of a sign of domestic violence as fighting and arguing. This could also include being controlled. A partner controlling the way their partner dresses or who they can spend time with is one example Pitre gave.

If you know someone experiencing domestic violence, she says approaching, being an ally and letting a person know your there for them is most important.

"I noticed you 'xyz', or you said you injured your self... and I'm concerned about you, and I love you, and I'm wondering if you're in trouble," said Pitre. What she said was an example of what someone can say to start getting help for a person experiencing domestic violence.

If you want to know how to approach someone experiencing domestic violence or how to get help. Sojourner Family Peace Center has resources on their website: http://familypeacecenter.org/resources/helping-loved-ones/