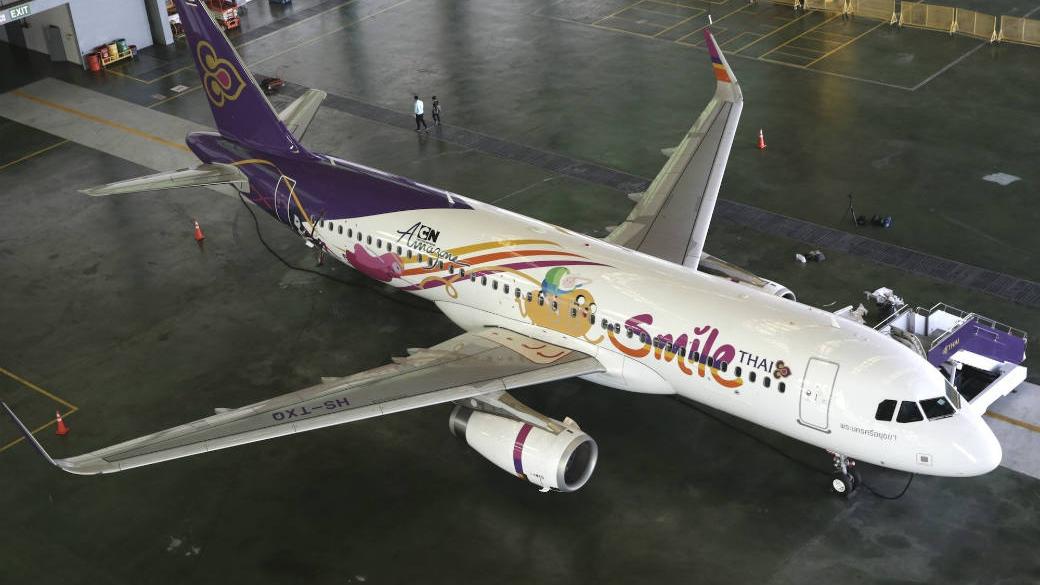 So begins the dreamy theme song intro to the strangely addictive Cartoon Network TV show that's centered around psychedelic characters like the Ice King, Marceline the Vampire Queen and, of course, Jake and Finn.

Now, mega-fans of the hit show can experience \"Adventure Time\" in the skies.

The interior of the plane also has an Adventure Time theme, with overhead bins, head rests and even air sickness bags covered in the faces of characters from the show.

The Adventure Time plane is the result of a partnership between Thai Airways subsidiary Thai Smile and Cartoon Network Amazone, a new water park near the Thai resort city of Pattaya featuring attractions based on shows that appear on the Turner Broadcasting System channel. Turner Broadcasting is a parent company of CNN.