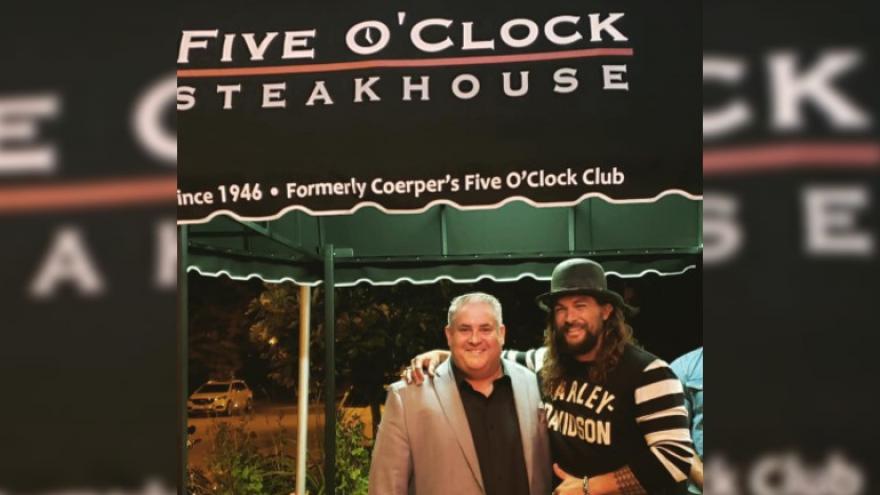 MILWAUKEE (CBS 58) -- Actor Jason Momoa was in Milwaukee this week and it's maybe safe to say he indulged in some delicious food.

Five O'Clock Steakhouse, located at 2416 West State Street, shared a photo of Aquaman standing outside the restaurant on Wednesday, Oct. 9. He was even wearing a Harley-Davidson shirt!

The photo was captioned: "Nice surprise to host Jason Momoa last night! We’re huge @GameOfThrones fans...It was a privilege. Thanks for stopping in Aquaman"

It's unclear why Momoa was in our area, but it's not the first time he's paid a visit. The "Game of Thrones" star stopped by the Harley-Davidson Museum and Factory back in January.