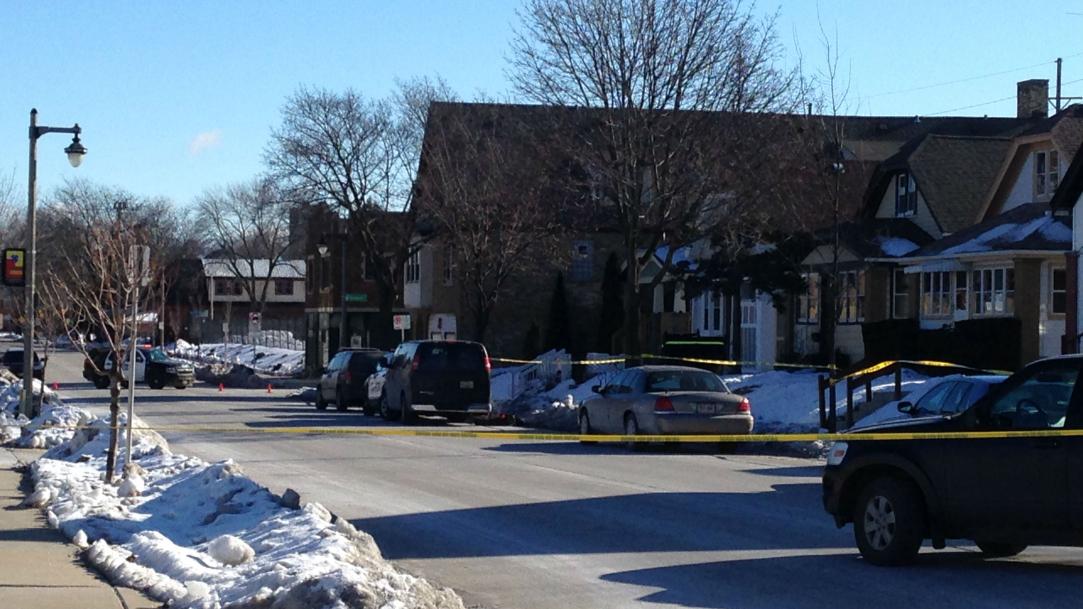 The 21-year-old woman woman found frozen was Elizabeth Luebke of Oshkosh, according to a report by the Medical Examiner's office.

She was found near Keefe and Bremen Sunday morning.

Luebke also was known as Lizzy and Lana.

People who were with her said she was dressed that way for a concert.

People there, who asked not to be identified, said it wasn't really a party and it fact - it was low key.

They said the victim arrived drunk.

And after 20 minutes she left after getting in an argument.

“She's 21, you know? She decided to drink before at the show she was at. It really sucks, you know. She was young. But there's nothing anybody can do about it now, you know,” said one of her friends.

The people at the house wrongly assumed that she was fine and was taken care of and possibly picked up.

Now in hindsight, they are placing a lot of blame on her ride to the house saying he should have been paying better attention.

UPDATE: The 21-year-old woman woman found frozen was Elizabeth Luebke of Oshkosh, according to a report by the Medical Examiner's office.

She was found near Keefe and Bremen Sunday morning.

A sweater was noted on the ground next to the decedent.

A hat, glasses, and bracelet believed to be the woman's was found on the front stoop of a residence two houses to the west.

The woman had been reportedly at a a house party at 3476 North Fratney Street.

Not long after she left the party, someone noticed her missing and contacted her mother.

Her mother traveled to the area and a missing persons report was created.

A video camera at a business across the street from where she was located noted her walking eastbound down East Keefe Avenue.

At 4:25 AM the camera captured her collapse in front of 812 East Keefe Avenue.

Her body was mostly frozen when the Medical Examiner arrived to the scene.

There is no obvious signs of external trauma or injury was noted on the body.

Her mother told the Medical Examiner she had a history of problems with alcohol. Although she didn't classify it as a chronic history.

She was hospitalized in October 2015 when she was found unresponsive at a bar.

According to her mother, she, also, had a history of marijuana use.

There was no history of her trying to hurt herself.

Milwaukee Police are investigating after a body was found near Keefe and Bremen Sunday morning.

Officials with The Milwaukee County Medical Examiner's Office say a 21-year-old female was found frozen in front of a home and pronounced dead this afternoon.

She reportedly left a house party in the area and was found by a passer-by around 9:00 AM this morning. A nearby business security camera captured a woman, who wasn't dressed for the elements, collapsing in front of the home around 4:15 AM.

An autopsy is tentatively scheduled for Monday, January 18.

Stay tuned to CBS 58 and cbs58.com for more information as it becomes available.