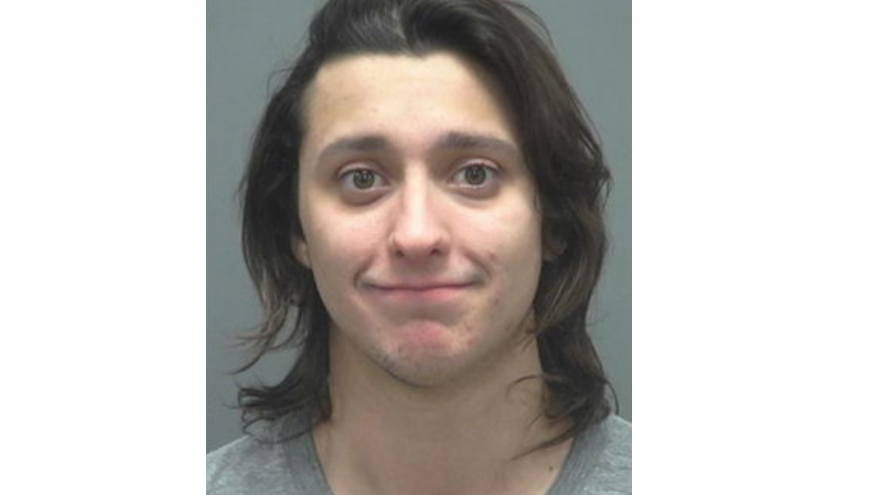 An alarm alerted police at 3:42 a.m. at the Woodman’s gas station on North Lexington Drive. Officers said someone had forced their way into the business and stolen cigarettes. The burglar left before officers arrived.

According to the report, at about 6 a.m., an alert employee of Woodman’s noticed someone had posted cartons of cigarettes for sale on the Janesville Swapmeet Facebook page. The cigarettes matched those stolen in the burglary.

Police said that at 6:46 a.m. an employee of Walgreens on Kettering Street called to report a person trying to break into the business by smashing windows with a pipe and propane tank. The employee was inside and the business was not yet open.

As officers arrived, the person attempting to break inside was gone.

Mason Galvan, 21, was the person who had posted the cigarettes for sale on Facebook, police said. Officers went to his home on East Rotamer Road, which was near the Walgreens, and found him outside.

Police said his clothing matched that of the incident at Walgreens, and video surveillance from Woodman's was also consistent with Galvan. The cigarettes matching those taken were found in his home.

Galvan was arrested in connection with the Walgreens and Woodman's incidents and was taken to the Rock County Jail.