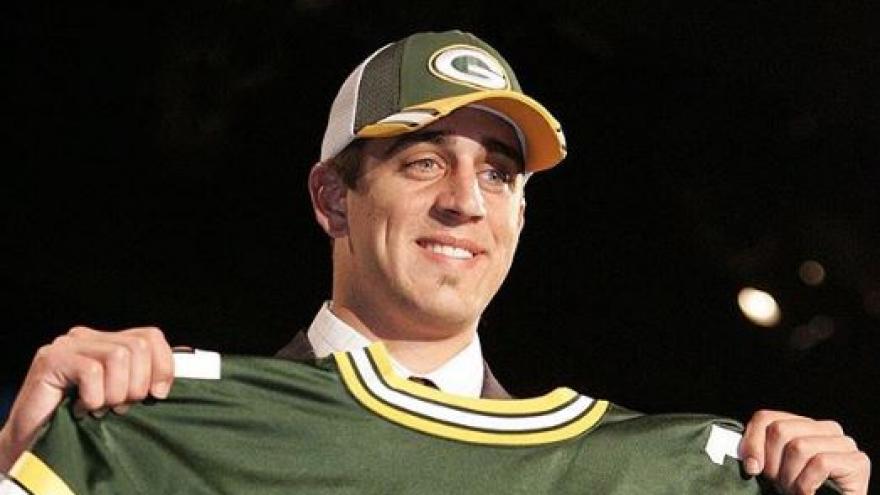 Thirteen years ago on April 23 the Packers chose the California quarterback when it dropped the 24th pick in the 2005 NFL Draft.

In his 13 years with the Packers, Rodgers has led the green and gold to one Super Bowl Victory. He’s been named the NFL MVP twice.

The 2018 NFL Draft starts Thursday, April 26 at AT&T Stadium in Arlington, Texas – the home of the Dallas Cowboys.

The Packers have the 14th pick in the first round. They have twelve picks this year, the most of any team in the League. Cleveland gets the #1 overall pick.