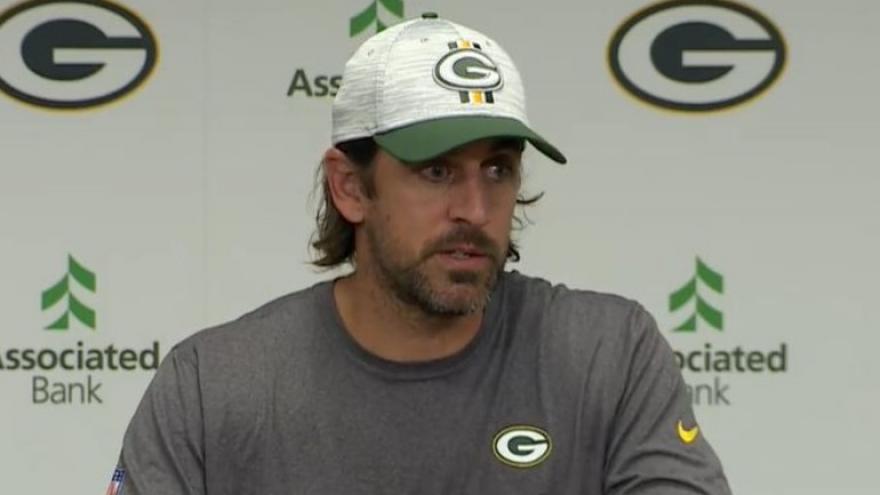 GREEN BAY, Wis. (CBS 58) -- Aaron Rodgers assured Green Bay Packers fans he's committed to the team -- at least for this year. After all the leaks and tweets and speculation about his future, Rodgers directly addressed his relationship with the Packers organization on Wednesday, July 28.

"If I'm not a part of the future, and instead of letting me be a lame duck quarterback, if you want to make a change and move forward, then go ahead and do it," Rodgers said.

Aaron Rodgers says he wants to be more involved in conversations and help the organization learn from mistakes in the past on how outgoing veterans were treated.

Rodgers detailed an offseason of turmoil. A conversation that started well before draft night, and eventually left Rodgers questioning his future with the team. No. 12 gave us his perception of how the talks went.

"If you go to your boss and say, 'I just had an incredible year,' I think I deserve a pay raise or some security and the boss says, 'Eh, let's just see how it goes.' Couple months down the line, get another job opportunity, go back to your boss and say, 'hey I got this amazing job opportunity'... 'Say no no no no, we love you. We do want you to stick around," Rodgers said.

With the future unclear, Rodgers said he changed his outlook and approach in the offseason, which included skipping organized team activities and minicamp for the first time.

"I was really working on myself and my own mental state throughout the summer and at various points, deciding if I even wanted to keep playing. But the fire still burns, and I wanted to be on the football team," said Rodgers.

After all that journey, Rodgers returns for his 17th season with the Green Bay Packers.