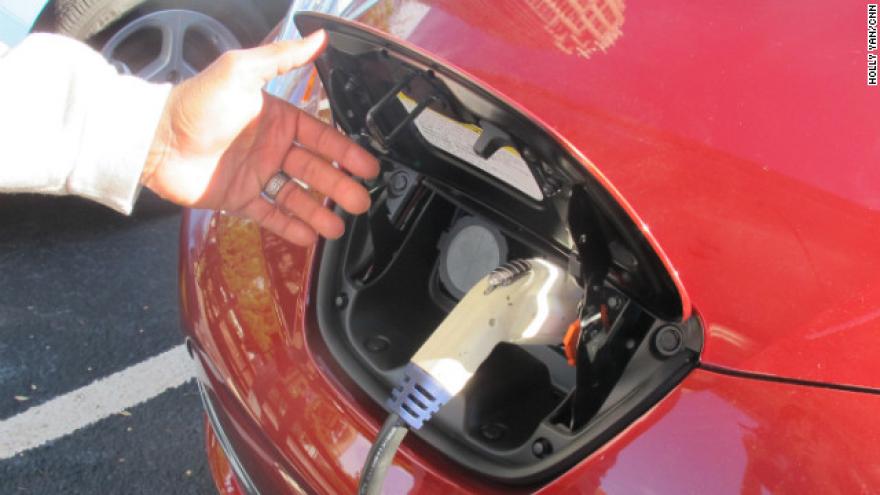 MADISON, Wis. (CBS 58) – As freezing temperatures plague much of the country, electric vehicle owners may experience a decrease in driving range, compounded by the use of the vehicle’s interior climate control. New research from AAA reveals that when the mercury dips to 20°F and the HVAC system is used to heat the inside of the vehicle, the average driving range is decreased by 41 percent. This means for every 100 miles of combined urban/highway driving, the range at 20°F would be reduced to 59 miles. When colder temperatures hit, AAA urges electric vehicle owners to be aware of a reduction in range and the need to charge more often to minimize the chance of being stranded by a dead battery.

“The appeal of electric vehicles continues to grow since a greater variety of designs and options with increased range have come onto the market,” said Nick Jarmusz, director of public affairs for AAA – The Auto Club Group. “As long as drivers understand that there are limitations when operating electric vehicles in more extreme climates, they are less likely to be caught off guard by an unexpected drop in driving range.”

Cold weather, however, is not the only factor that can influence driving range. AAA’s research also found that when outside temperatures heat up to 95°F and air-conditioning is used inside the vehicle, driving range decreases by 17 percent. Extreme temperatures certainly play a role in diminishing driving range, but the use of HVAC in these conditions – particularly the heat – has by far the greatest effect. Additionally, an electric vehicle with a compromised driving range will require charging more often, which increases the cost to operate the vehicle. For instance, AAA’s study found that the use of heat when it’s 20°F outside adds almost $25 more for every 1,000 miles when compared to the cost of combined urban and highway driving at 75°F.

Previous AAA research has found that interest in electric vehicles continues to gain momentum with 20 percent of drivers saying they would likely go green when considering their next vehicle purchase. With lower-than-average ownership costs, increased driving ranges and the latest advanced safety features, AAA believes there is a strong future for electric vehicles.