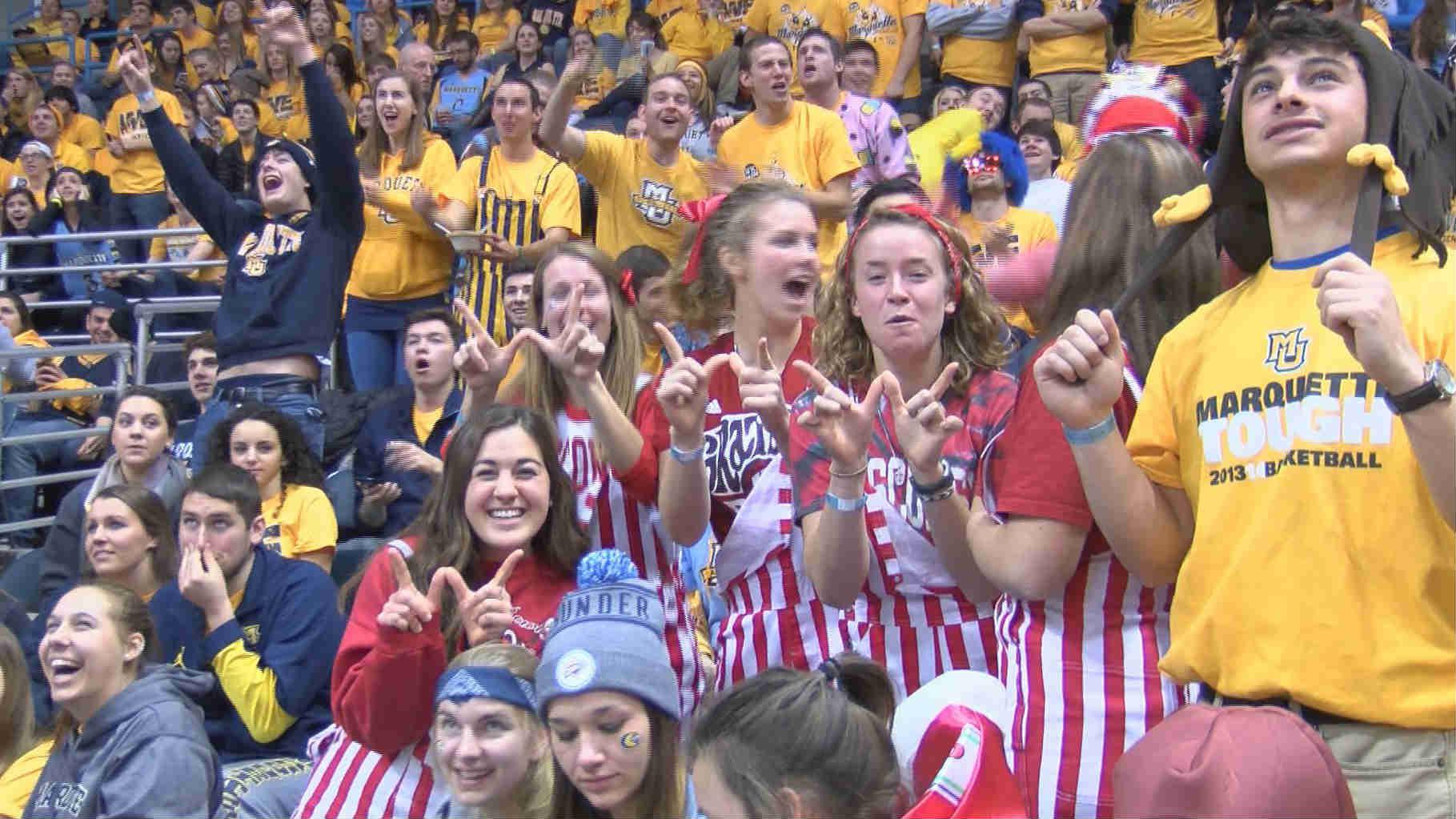 Both inside a rocking BMO Harris Bradley Center Saturday and out, you could tell the Marquette-Wisconsin match up divides households and friendships.

Graber and Tom Shaffer agree on most things. But when it comes to red vs blue they do all they can to play nice.

\"It's raucous,\" Graber said.  \"It's a good, hard rivalry and I think fans respect each other for the most part.\"

The UW-MU rivalry goes back nearly 100 years to 1917. The Badgers took three of the last five and led the all-time series by ten games going into Saturday. But recent dominance out of Madison doesn't cheapen the anticipation.

\"Like Duke and North Carolina,\" Marquette fan Ron Kraus said.  \"It's not that high profile, but it's very good.\"

Though a 49-38 Badgers win crushed some Golden Eagles fans, both sides are already set for the annual rematch.

\"I think it's kind of like the Packer-Bear rivalry where even though the Packers have been really taking care of the Bears there's still that personal pride element,\" Marquette alum Doug Wruck said.

\"If they're both in the NCAA tournament, I'm rooting for both of them,\" Wisconsin fan Kevin Pope said.  \"Probably even cooler if they have to play each other.\"