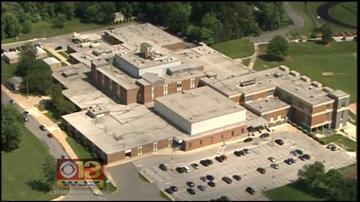 PERRY HALL, Md. (WJZ) — Inappropriate messages between a teacher and a student lead to an incident in Baltimore County.

When police arrived, they found numerous text messages sent back and forth between the girl and one of her teachers.

Officers say the texts described an emotional relationship that seemed inappropriate for a teacher and student.

Several hours later, police returned to the girl’s home in the 4600-block of Vicky Road for a report of a disturbance.

The girl’s father told police the 42-year-old teacher showed up at the home without permission, saying he wanted to talk.

The teacher sustained minor injuries but said he does not wish to pursue charges.

The name of the teacher will not be released because he has not been charged with a crime.