A man hit the Powerball jackpot twice in the same day, after playing the exact same numbers for 30 years 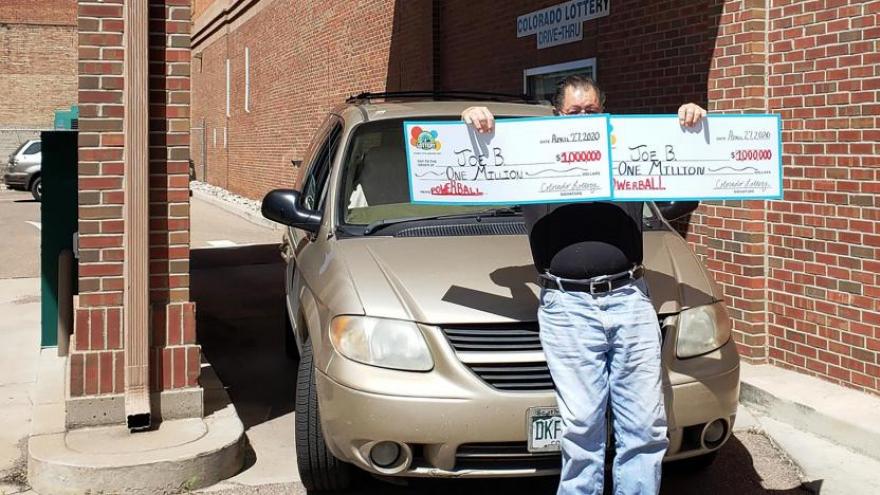 "Joe B" collected his prize Monday.

(CNN) -- After 30 years of playing the same set of numbers, one man finally won big.

"Joe B" from Pueblo, Colorado, finally collected his prize money on Monday, after getting doubly lucky last month and winning two $1 million Powerball prizes, the Colorado Lottery said in a news release.

He bought the two tickets last month, once in the morning and once in the evening. The tickets, bought at separate places, were for the same set of numbers: 5-9-27-39-42.

The Colorado man has been playing that same set of numbers for 30 years. Now, with a couple million in his pocket, that dedication has paid off.

As for what he plans on doing with the money, he told the claims staff that "the boss," also known as his wife, "has plans for it."

Though the chances of winning the lottery twice in one day are rare, this has happened before.

Earlier this year, a man in Delaware accidentally bought two of the same Powerball tickets, resulting in a $100,000 win before taxes.

The same thing happened to a woman in Virginia, back in 2012. She also mistakenly bought two Powerball tickets with the same number, and -- exactly like "Joe B" -- won two $1 million prizes.

In Colorado, though, this kind of anomaly hasn't happened with Powerball before, Meghan Dougherty, communications manager for the Colorado Lottery, told CNN.

It has, however, happened with Cash 5 and Pick 3, where several have won multiple times in a single drawing. Those prizes, though, were upwards of $20,000 -- nowhere near "Joe B"'s $1 million.