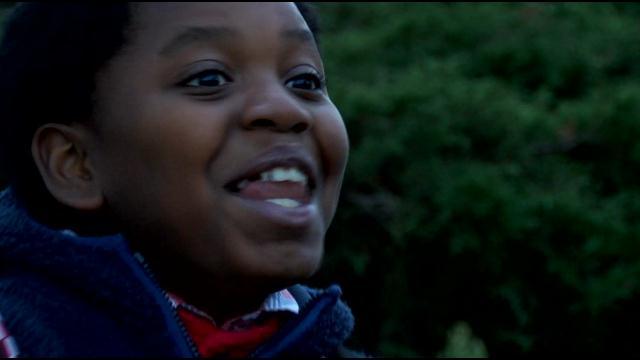 12-year-old Dennis Taylor walked off the school bus Monday evening, and ran over to his grandmother, Angela Moragne after his first day back in months.

Dennis Taylor had been stuck at home since late August, after the driver in a Jeep Cherokee struck him from behind, and collided into a tree.

The crash happened near 47th and Fiebrantz in Milwaukee.

The injuries Taylor suffered caused him to be wheelchair bound.

The Jeep Cherokee was stolen.

Milwaukee Police say the driver and other people inside the vehicle took off running after the crash.

At this time, investigators don't have any leads in the case.

“It really is tough,” said Angela Moragne. “I would have thought they would have come forward or something would have manifested by now.”

But the negative has not overshadowed the positive.

Taylor has received a lot of support from the community.

The Bike Federation surprised Taylor with a new bike just days after the original report aired on CBS 58 in August.

Dennis is not exaggerating when he calls his recovery a miracle.

“I'm still living, and going on about my life,” said Taylor.

Anyone with information on the driver or the people inside the stolen vehicle is asked to call the Milwaukee Police Department.