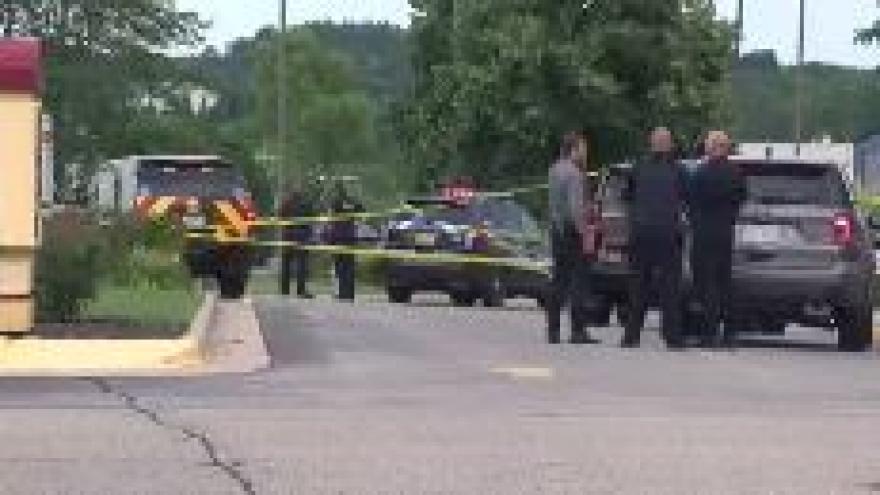 A man who led police across two counties was shot and killed in Jefferson County Tuesday afternoon.

The situation started with an armed carjacking at the I-94 and Meadowbrook Park and Ride in Waukesha County. A victim told authorities that he was carjacked by a man who took off all his clothes and stole his car.

The man, who was now naked, left the Park and Ride in the stolen vehicle and headed westbound on I-94.

The description of the vehicle was then given out over police radio. A City of Delafield Police Officer spotted the vehicle traveling westbound on I-94 and approaching Highway 83.

The suspect proceeded to exit I-94 onto Highway 83 and continued northbound on Highway 83 for a short time. The suspect then made a U-turn and drove back to I-94 westbound.

As the suspect got back onto I-94, several Waukesha County squads, as well as the City of Delafield squad, were in pursuit of the vehicle. The pursuit continued westbound on I-94 and continued into Jefferson County.

Squads were assisted by Wisconsin State Patrol and stop sticks were deployed on I-94, east of Highway. Jefferson County Sheriff's Office and Johnson Creek Police assisted the other squads as the pursuit continued on I-94 West toward Johnson Creek.

The stop sticks did effectively deflate the tires of the vehicle, but the suspect's vehicle continued to flee from officers. The vehicle gradually slowed down and the suspect began waving a gun out the window toward officers on multiple occasions.

The vehicle then exited I-94 at Highway 26, the Johnson Creek exit, continued northbound and then pulled into the Arby's parking lot at 650 West Linmar Lane.

The suspect stopped the vehicle in the middle of the Arby's parking lot and exited it with a handgun, running towards the Arby's restaurant. Authorities ordered the suspect to stop, but he declined all of their orders, at which time the suspect was shot by a deputy from the Waukesha County Sheriff's Office and a police officer from the City of Delafield Police Department. Lifesaving measures were immediately attempted on the suspect, but he succumbed to his injuries.

The carjacking incident remains an active investigation by the Waukesha County Sheriff's Office.

The officer-involved shooting remains an active investigation by the Jefferson County Sheriff's Office.

The identities of the parties involved in these incidents are not being released at this time.