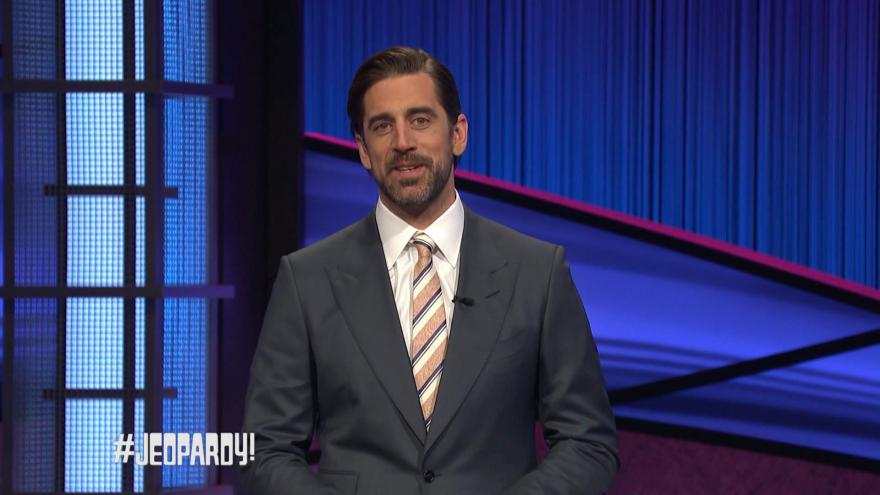 MILWAUKEE (CBS 58) -- The leader of the Pack made his debut as guest host of "Jeopardy!" right here on CBS 58 Monday night, April 5.

Aaron Rodgers started the show with a tribute to the late Alex Trebek.

"As a lifelong fan of 'Jeopardy!', it is an incredible honor to guest host," Rodgers said. "I've gotten to do a lot of incredible things, but winning celebrity 'Jeopardy!' and sharing the staging with the legend Alex Trebek is something I will never forget. Alex was such a gentleman, so smart, so precise, I was in awe. I will work hard to honor his legacy."

And if you watched Monday night's episode, you might have caught the moment where one of the contestants couldn't resist the urge to bring up some bad memories from the NFC Championship game.

.@Jeopardy FILM ROOM: @AaronRodgers12 gets a "wow moment" from one of the contestants on his FIRST night as guest host. We broke it down with the MVP on the @CBS58 Morning News. Full intv when you wake up with us tomorrow! Jeopardy! airs at 6pm on 58. @PauleenLe @meghanreistad pic.twitter.com/NAVWun3UJh

You can watch Rodgers host "Jeopardy!" this week and next at 6 p.m., right here on CBS 58.