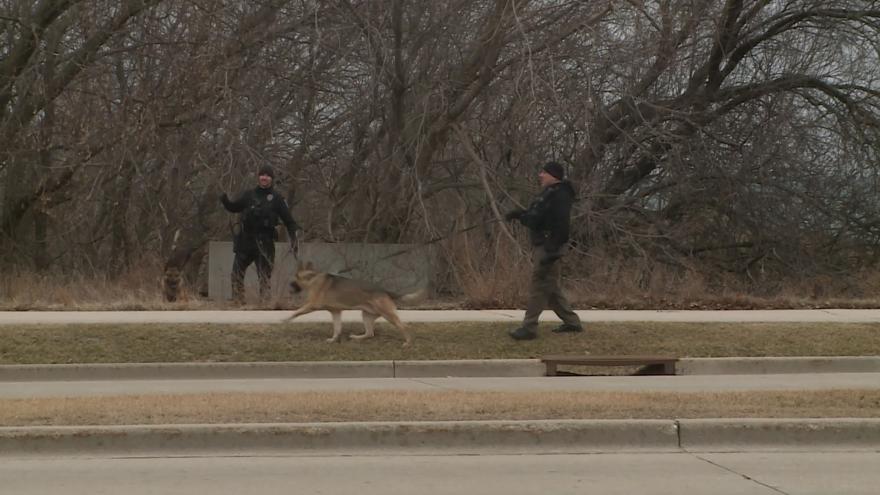 CUDAHY, Wis. (CBS 58) -- Around 7 a.m. the man was located by police, and he was taken into custody without further incident. The suspect and officers were both uninjured.

CUDAHY, Wis. (CBS 58) -- Cudahy police are searching for a Green Bay man who was the passenger in a fleeing vehicle and fired shots at police during pursuit.

It happened around 1:41 a.m. Tuesday, March 22 near Packard and Edgerton in the city of Cudahy.

According to Cudahy police, when they attempted to initiate a traffic stop on a speeding vehicle, the suspect accelerated and attempted to flee police.

During the officer's pursuit, the passenger in the fleeing vehicle fired shots from the vehicle.

The vehicle crashed on Packard Avenue at S. Lake Drive in Saint Francis and a 50-year-old Milwaukee man, the driver of the vehicle, was taken into custody without incident or injury. The passenger, who has preliminarily identified as a 26-year-old Green Bay man, escaped from the scene.

The suspect who escaped is currently being sought by police.

Weapons and ammunition were discovered in the vehicle. The initial assessment of the scene is that the bullets fired by the suspect struck their own vehicle. The police officer was not injured. Cudahy Police were assisted by several agencies, including St. Francis Police, South Milwaukee Police, Oak Creek Police, Wisconsin State Patrol, Milwaukee County Sheriffs office, Milwaukee Police, Greendale Police, and the FBI.

The 50-year-old Milwaukee man is being referred to the Milwaukee County District Attorney's Office for fleeing, alluding and felon in possession of a firearm.

The 26-year-old Green Bay man is being sought for recklessly endangering safety and felon in possession of a firearm.

Police say there is no danger to the public, and the circumstances surrounding the incident remain under investigation.

Anyone with any information is requested to call the Cudahy Police Department at (414) 769-2260.