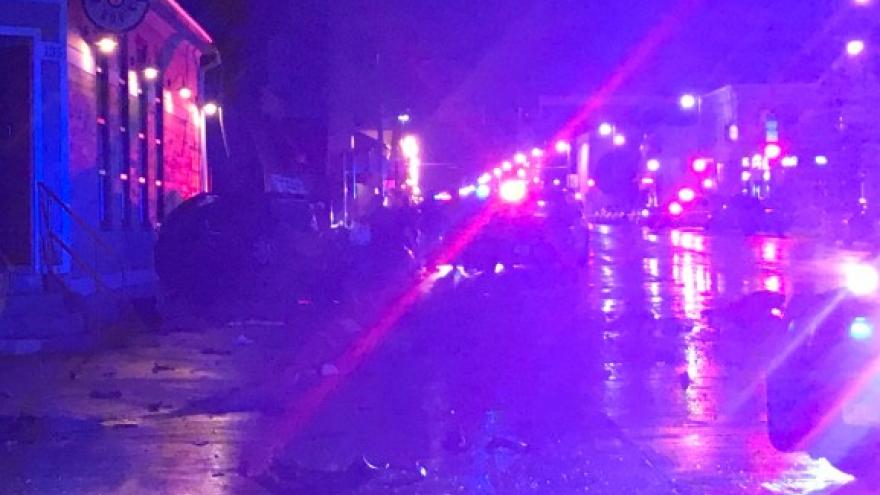 MILWAUKEE (CBS 58) -- A vehicle crashed into a pole near National and Washington around 11:45 p.m. Sunday, Aug. 9. during an MPD pursuit. The driver was ejected, the front passenger was extricated, and a 1-year-old rear passenger sustained non-life threatening injuries.

According to Milwaukee police, officers observed a physical fight between a man and woman near 44th and Locust. Officials say the parties involved entered a vehicle and fled the scene. MPD officers attempted to stop the vehicle, but the driver refused to stop and a pursuit ensued.

The pursuit ended when the vehicle lost control and crashed into a pole, officials say.

The 25-year-old female driver was ejected and sustained serious injuries.

The 28-year-old male front passenger had to be extricated and sustained serious injuries.

All were transported to a local hospital for treatment and are in stable condition.