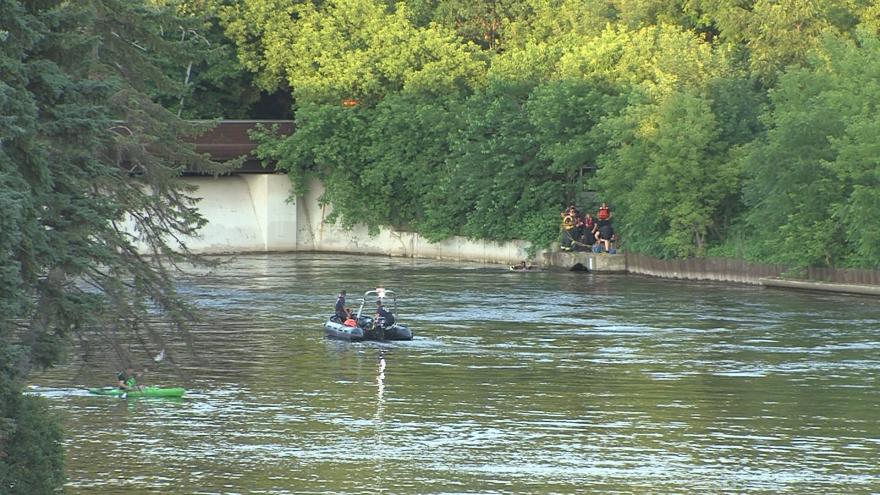 The Milwaukee County Medical Examiner declared the final and immediate cause of death as a drowning by accident.

Meeks was a student at MATC in Barber School, according to the Medical Examiner's Office who spoke to Meeks' father.

According to officials, Meeks was found in the Milwaukee River at Caesar's Park, 1939 N. Warren Avenue. He was found 20 to 30 feet from where he had fallen in.

According to an investigation report, on Sunday, July 12, Meeks and his girlfriend walked on a trail by the Milwaukee River under the Humboldt Avenue Bridge. The report states Meeks had taken a large stick and put it over the rails and was sliding over the water while holding onto the stick. The stick broke and he went into the water. Attempts were made to help Meeks out of the water, but the current was too strong, according to the report. The report also states that the Fire Department said after rain, a strong swirl occurs in the area.

MILWAUKEE (CBS 58) -- A body was recovered from the Milwaukee River Tuesday, amid a search for a 24-year-old man who authorities say fell into the water Sunday evening.

Crews say they found it near the foot bridge at Caesar Park.

They have not said if the body is related to the search.

MILWAUKEE (CBS 58) -- Authorities continue the search for a 24-year-old man who fell into the Milwaukee River Sunday evening, July 12.

In a news conference Monday, Milwaukee County Sheriff Earnell Lucas said the missing man had been at the river with another person around 7 p.m. Sunday.

Sheriff Lucas said the man attempted to hoist himself and grab onto a tree branch which collapsed, causing him to fall into the water.

Others at the scene tried to rescue him, but the current was too strong.

Authorities say it has turned into a recovery effort.

MILWAUKEE (CBS 58) -- Milwaukee authorities responded to the area of Humboldt and Commerce on Sunday, July 12, after a report of someone who fell into the river and did not resurface.

Around 7:18 p.m., the Milwaukee Fire Department Dive Team, Milwaukee Police Boat and the Department of Natural Resources responded to the scene and conducted an unsuccessful search of the river for the person.

Shortly after 10 p.m. the Milwaukee County Sheriff's Office reported the search was suspended due to limited visibility.