WAUWATOSA, Wis. (CBS 58) -- Overnight, dozens of people were arrested for breaking curfew in Wauwatosa Thursday night, Oct. 9 including members of Alvin Cole's family. CBS 58 was there as family members were released from jail.

This follows the district attorney's decision not to charge suspended Wauwatosa Police Officer Joseph Mensah in the shooting death of Alvin Cole.

As members of Cole's family were being arrested, one of Cole's sisters started recording on her cellphone. The Cole family says they were out Thursday night, along with Jacob Blake's family to walk the streets for Alvin. They say they were riding in their car in the caravan following the protesters when police came up and arrested them.

CBS 58 was at the Waukesha County Jail as a number of people were waiting for those to be arrested released, and that included Teleavia Cole.

"I’m in fear. I see this light, I see this gun so he grabbed me and put me on the ground and next thing you know three other cops came and got on me and put their knee all up in me//Handcuffed so tight on our arms which kind of dislocated my… shoulder was already kind of messed up from tonight and just with my hands behind my back I couldn’t move," Teleavia Cole said.

.@PauleenLe spoke with Alvin Cole’s sister Teleavia Cole, her sister and family attorney @KimMotleysLaw just after she was released from Waukesha Co. Jail. More on the @CBS58 Morning News. https://t.co/TBWe691C5Ppic.twitter.com/uJu0m6Yvis

Alvin Cole's mother, Tracey and his sister, Tristiana, were arrested and taken to the hospital and released. The family says Tracey's arm is now in a sling.

Tahudah Cole, Alvin's other sister, was also arrested and released from the West Allis Police Department. 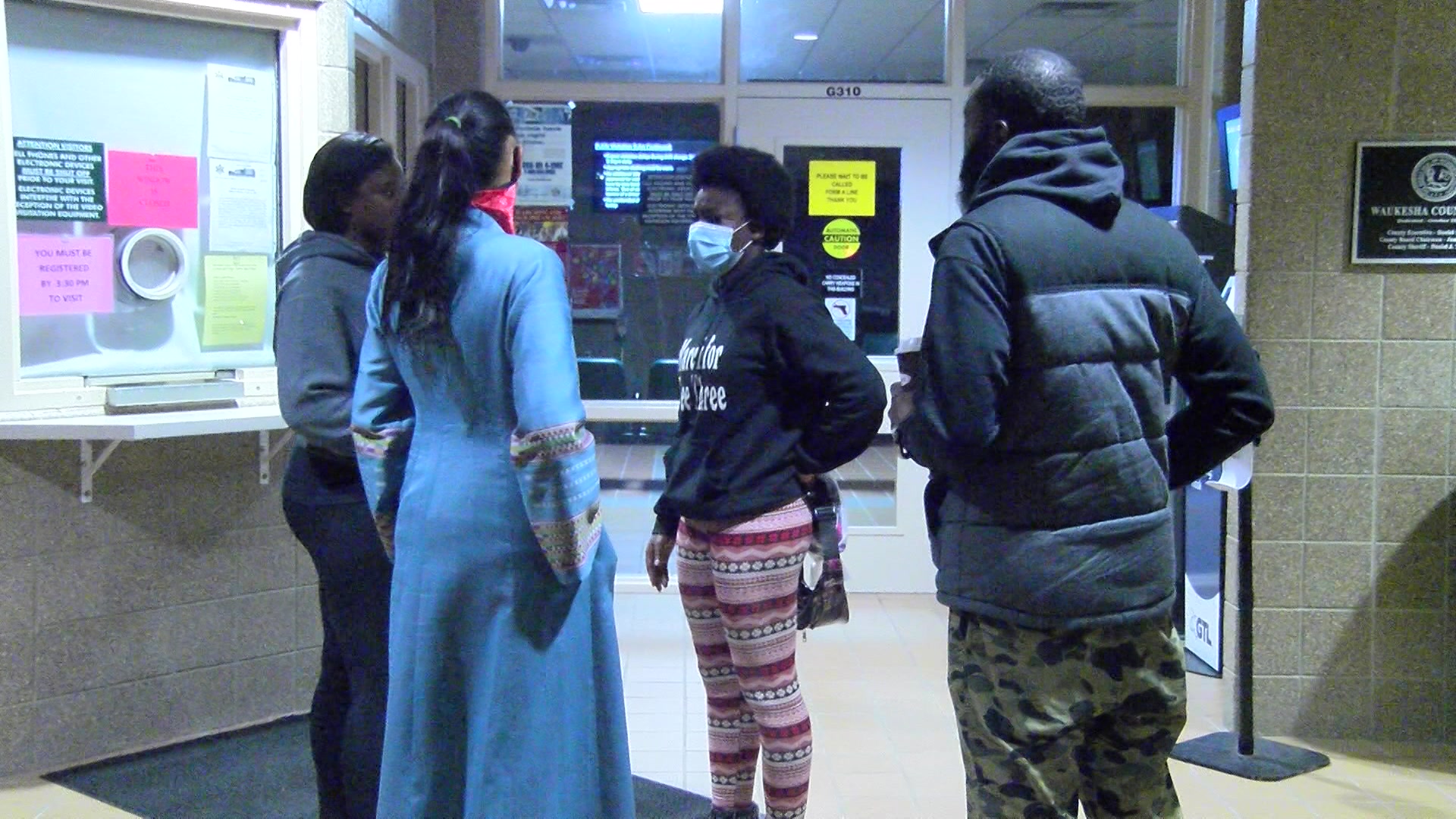 Rep. David Bowen (D-Milwaukee) addressed the recent decision not to charge Mensah, along with the arrests of some of the Cole family. Bowen has marched with protesters for nearly all of the 132 days, since Civil Rights protests started in our area. He called the arrests overly aggressive against people trying to have their voices heard.

"It's time to actually address this issue that there's this officer that has killed three people in the last five years discharged his weapon 19 times... and the city of Wauwatosa and the Wauwatosa Police Department made a fatal mistake leaving him on the job," said Rep. Bowen. "It has caused a lot of people in our community to feel like they're not being heard... especially when you have members of a family that has lost a loved one... and they are treated honestly like crap."

.@PauleenLe also spoke with @DavidFBowen while waiting for Teleavia Cole to be released: “They are treated, honestly, like crap.” he says of the Cole family. @CBS58https://t.co/EzGxPiJVTopic.twitter.com/f7cf3k7GVc

They arrested Tracy Cole for peacefully protesting tonight! She ended up in the hospital - more to follow :-(

According to Motley, Cole is currently being treated in a local hospital.

The Wauwatosa Police Department says "several" arrests have been made among a crowd violating curfew.

They say one of the individuals arrested, a 49-year-old woman, requested medical attention.

Motley says she will be handling this first thing in the morning.