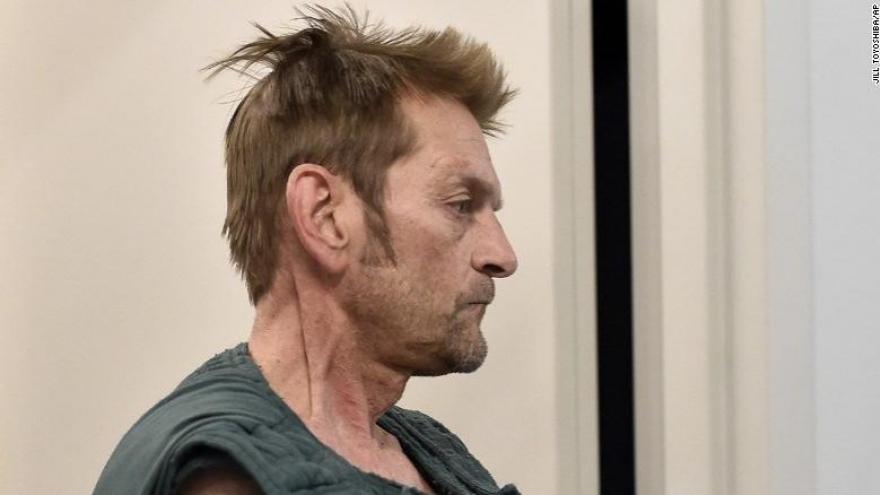 (CNN)The man accused of shooting two technology workers from India and another man at a bar in Kansas last week had his first court appearance on Monday in a high-profile case that is being investigated as a possible hate crime.

The incident has raised worries among Indians and other communities about possible violence against foreign workers in the United States.

A motive has not yet been established, and the FBI is looking into the case to determine whether the shootings would be considered federal hate crimes.

Appearing in court via video conference, Purinton looked haggard and was soft-spoken. He was assigned a court-appointed attorney, and his bond remains set at $2 million. His next court date is March 9.

Ian Grillot, a regular at the bar, approached the man and asked him to leave, according to CNN affiliate KMBC.

"He said (to Grillot), 'Why are you standing up for them?' He emphasized 'them,' as if 'them' was a derogatory term," Luby told CNN.

One witness reportedly heard the suspect yell, "Get out of my country" before shooting, the Kansas City Star reports, though police have not corroborated that report.

Kuchibhotla was killed. Madasani and Grillot survived, according to authorities.

Grillot, who was shot in the hand and chest, was praised as a hero for attempting to intervene and subdue the suspect, he said in a video from his hospital bed.

Purinton was arrested hours later at an Applebee's restaurant in Clinton, Missouri, about 70 miles away from Olathe.

In 911 calls released by CNN affiliate KSHB, an Applebee's bartender told police that a man had admitted to shooting two "Iranian" people in Olathe and was looking for a place to hide.

On Sunday, Madasani spoke at a vigil in Olathe set up to honor Kuchibhotla, his co-worker and best friend, according to CNN affiliate KCTV.

"It was rage and malice in an individual's heart that killed my friend, killed our friend," Madasani said. "It's an isolated incident that doesn't reflect the true spirit of Kansas, Midwest and United States."

Kuchibhotla and Madasani both worked at Garmin, the tech company that makes GPS devices.

Kuchibhotla's widow said that she had been worried about violence against foreigners in the United States, but Kuchibhotla had told her not to worry.

Former Democratic presidential nominee Hillary Clinton tweeted a link to an article on the shooting and called on President Donald Trump to "step up and speak out" against "threats and hate crimes."