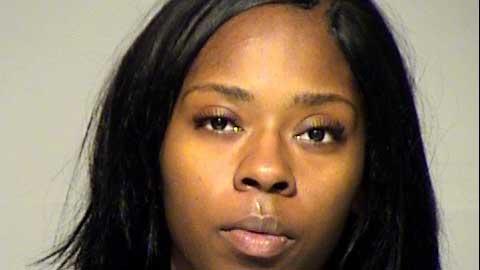 The Milwaukee County Medical Examiner has ruled the death of a 90 year-old man a homicide after he was initially battered by his girlfriend’s granddaughter in July.

Shameka Hill was originally charged with aggravated battery for this incident.

MPD will meet with the District Attorney’s Office this week to request amended charges be filed.

Hill called 911 on July 5 stating her grandfather was chasing her with a knife and she punched him.

Earl Hall lived at 3800 block of West Cheyenne Street with his long-term girlfriend, who was Hill’s grandmother.

Hill said Hall was diagnosed with schizophrenia and had advanced dementia. She said Hall chased her throughout the house with a knife. They fought and she hit him six times with a closed fist to his face and head.

Her and her father tried to stop the bleeding for an hour before calling 911.