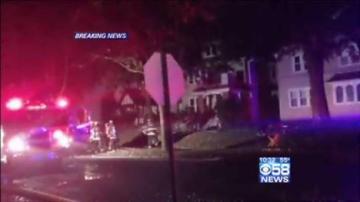 SHOREWOOD--  A 90-year-old woman died in a house fire in Shorewood Wednesday night according to the North Shore Fire Department.

The fire broke out around 9:00 p.m. near Murray Ave and Kensington Blvd.

Fire Department received a call that there was a working fire on the first floor of the home.

When firefighters arrived on scene the rear of the home was well involved in flames.

The elderly  woman was removed from the home and pronounced dead at the scene.

The State Fire Marshal's Office will conduct an investigation, which is standard when there is a death involved.