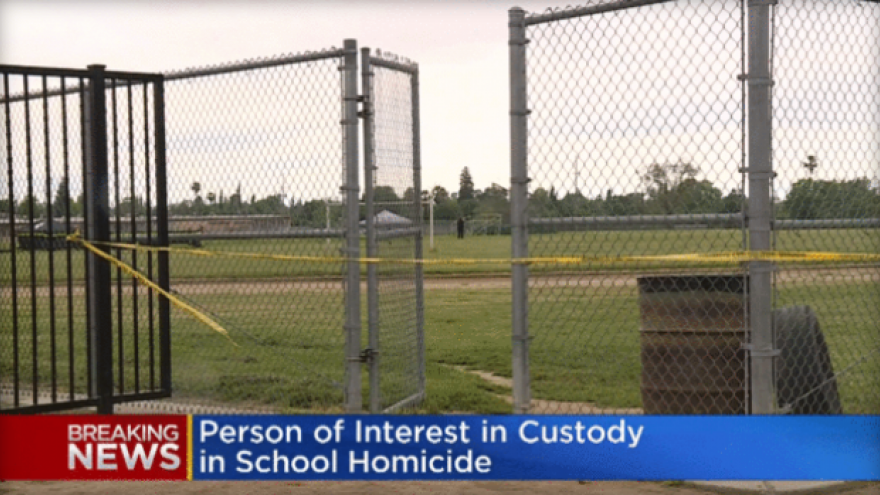 According to police, the woman was walking the running track at Highlands High School about two hours before school started when a suspect came up and attacked her and a 61-year-old woman she was with. Detectives say the women were sexually assaulted.

The 61-year-old was reportedly able to escape but authorities say the 86-year-old woman was pronounced dead at the scene.

Spokesman Sgt. Tony Turnbull of the Sacramento County Sheriff's Department called the attack \"extremely violent\" and that the perpetrator beat the women with \"hands and feet.\" Sgt. Turnbull also said that the women routinely exercised on the track in the morning.

CBS Sacramento reported Thursday afternoon that an 18-year-old arrested under suspicion of assaulting another elderly woman on Wednesday is being investigated as a person of interest in the homicide at the track.