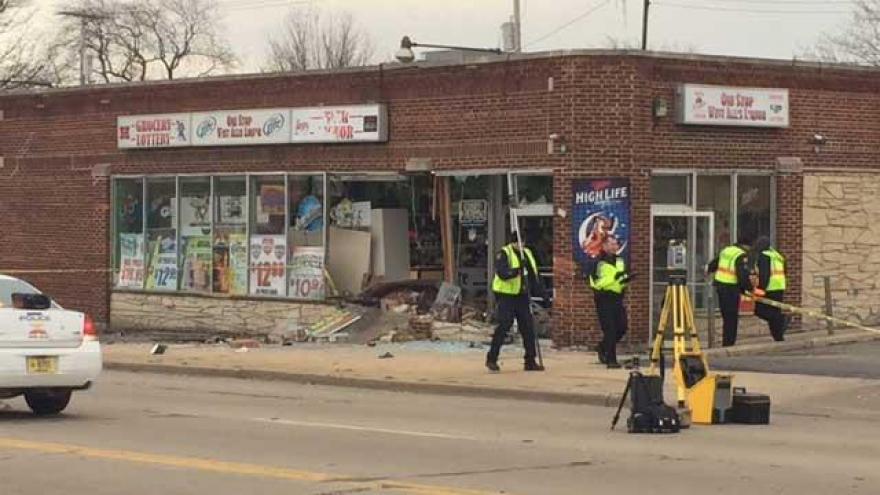 UPDATE: An 83-year-old man struck several parked vehicles, at least one light pole and crashed into a liquor store in West Allis on Thursday.

According to West Allis Police, the incident occurred around 1:53 PM.

West Allis officers were dispatched to a personal injury crash at the intersection of S. 59th St. and W. Lincoln Ave.

Police’s initial investigation indicated a single vehicle driven by an 83 year old male, struck several parked vehicles, at least one light pole and crashed into a building at the intersection.

The 83 year old was transported to a local hospital for treatment of his injuries.

ORIGINAL: A car crashed into a liquor store and a utility pole near 59th and Lincoln on Thursday.

The store was left badly damaged.

Police and first responders are still on the scene.

CBS 58 has reached out to authorities for more information.