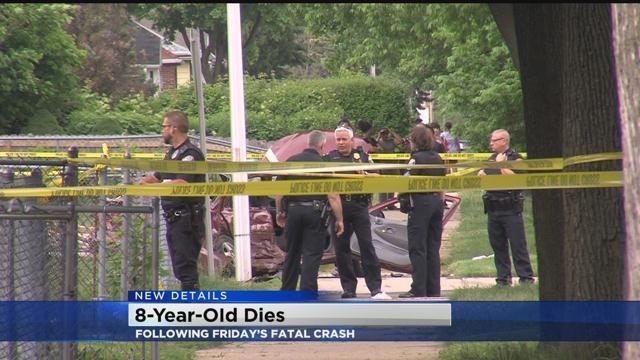 One of the children in the Hadley Road accident has passed away.

CBS 58 was told the 8 year old boy was taken off life support and passed away Sunday.

Seven people were hurt in that crash.

A 46 year old woman who was thrown from the car died on the scene.

One person that we know of a 7-year-old is still in critical condition.

Monday night there will be a vigil at the scene of the accident, 39th and Hadley, to pray for the family. Police still need your help finding the teens that caused that crash.

They released cell phone video of the two men they say ran from the scene.

The Audi was reportedly stolen from a Racine auto lot last month and was going at least 50 miles an hour-in a 25 mile zone when it t-boned the victim's car.

if you have any information you're asked to call police